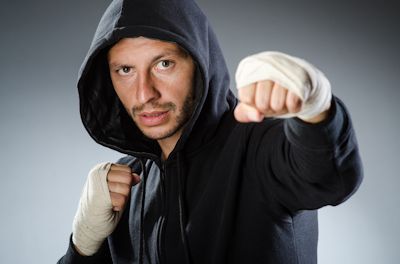 When To Fight and When To Turn The Other Cheek

Jesus spoke of the importance of responding to an enemy with love. If your enemy strikes your cheek, you should give that person the other cheek to strike. If they compel you to run a mile, you should run two (Matt 5:39-41). It’s a simple principle to understand, but a rather difficult one to execute. Let’s be honest. It stings to get hit on the cheek, so who wants to get smacked on the other cheek? Surely not anyone I know! However, striking someone back on their cheek isn’t going to do you any good. In fact, it will elevate any hostility that already exists between you and the offending party. If you were to allow them a shot at your other cheek, it may hurt but it is likely to deescalate the situation and show them that you are not on the offensive.

The way of thinking that Jesus spoke of was in contrast to what’s known as “lex talionis” or “an eye for an eye”, which is the opposite of turning the other cheek. It’s course of action would be to strike someone on the cheek who had just struck your cheek, or to have someone’s eye plucked out who caused you to lose an eye. This may seem fair, but it’s not likely to bring anybody to the Gospel of Jesus Christ.

Now, there’s a point where we have to be realistic when it comes to turning the other cheek. God does not want you to sit there and let someone beat you into a bloody pulp. In fact, God tells us that He trains our fingers to fight when necessary:

Psalm 144:1 [[A Psalm of David.]] Blessed be the LORD my strength, which teacheth my hands to war, and my fingers to fight:

Notice that there is a difference between “war” being the extreme, and “fight” being the lesser. He simply teaches us to fight battles that we need to fight. It doesn’t have to be a war. It can be a one-on-one confrontation.

Still need convincing? Remember Peniel? God intentionally provoked Jacob into a wrestling match that lasted throughout the night until Jacob finally prevailed. This is where Jacob is blessed and becomes known as Israel. God would not have done this to Jacob if He expected him to be passive. He knew what He was doing and that Jacob was about to receive an important blessing (Gen 32:24-30).

Friends, I think Jesus said it best when He proclaimed that “those who live by the sword will die by the sword.” This means that people who have a tendency towards violence will eventually have it catch up with them an overtake them unto death. It’s better to try and make peace with your enemies and show them the love of God through you so that they might know and understand God’s love as well. Thank you for reading and God bless.

Joel M. Bauer is a 45-year-old U.S. Army Veteran from Dunn, NC, which is just outside of Raleigh. After being honorably discharged from the U.S. Army, he attended school at Taylor University, a Christian liberal arts school, in Fort Wayne, IN, where he received his BS in social work and psychology. He has worked in such places as a homeless shelter, a community based treatment center for severe mental illnesses, a school for troubled students, and other social service agencies. His current endeavor is to build The Bottom Line website into a site that inspires both Christians and non-Christians alike, and brings glory to God.
Previous A Biblical Position On Interracial Relationships
Next The Whole Duty Of Man