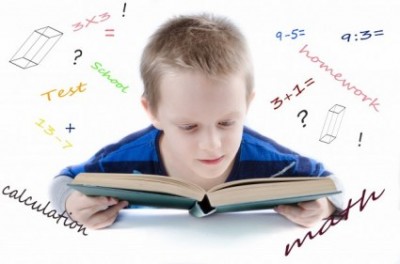 A Closer Look at God’s Math

Many years ago, a group of oystermen in the northeast were growing increasingly frustrated. Despite their hard work and numerous attempts to harvest oysters, they constantly pulled up nets full of starfish. One night, a tired and angry oysterman decided to fix the problem the only way he knew how. One by one, he pulled the starfish from the net, sliced them in half and threw them back into the sea. However, over the course of the next few weeks, the number of starfish seemed to increase. What the oysterman didn’t realize was that starfish can regenerate as long as one arm and a part of the center disk remain. By trying to solve the problem, he only made things worse.

Poor guy! How was he supposed to know that dividing the starfish would cause them to multiply? It’s not logical. It defies what we know of mathematics and what we’ve learned since we were in elementary school. But you know what? God’s math works in the same way. It doesn’t make sense. It doesn’t seem possible. It seems contrary to the facts, yet the Bible shows countless examples where God’s math defies all human logic. Let’s look at a few:

Let’s start with the trinity: The Father, the Son and the Holy Spirit. Three beings, right? Nope, just one. Somehow, in God’s math, 1+1+1=1. It’s difficult to wrap our brains around, and I’m not sure we’ll ever truly understand it this side of Heaven, but the fact of the matter is that our God is three in one. Three personalities, one being.

How about the time Jesus fed the 5,000 with just two fish and five loaves of bread? Even the disciples who had traveled with Jesus couldn’t figure it out. “There is a lad here, which hath five barley loaves, and two small fishes: but what are they among so many?” (John 6:9)

What are they among so many? It’s a logical question. One lunch divided between 5,000 people? It just doesn’t work, but Jesus did the impossible, and everyone ate until they were full. Plus there were leftovers. In fact, there was more left over than there was to begin with. Talk about the new math!

Then there’s the account where the Egyptians were trying to either kill or scare off the Israelites. Being outnumbered, the Egyptians feared that the Israelites might one day turn against them, so they decided to turn the Israelites into slaves. But their plan was about as effective as that of the oysterman. Check it out: “But the more they afflicted them, the more they multiplied and grew. And they were grieved because of the children of Israel” (Exodus 1:12).

The harder the Egyptians tried to get rid of them, the more the Lord allowed them to multiply and prosper. Even though the Israelites were suffering, the Lord had a plan to deliver them from their captivity and was in the process of raising up just the right man to bring it about.

So, you see, God’s math doesn’t work the way we expect it to. It doesn’t work in the ways to which we’re accustomed. Keep that in mind when you sit down to pay the bills this week and, once again, there appears to be more money going out than coming in. Remind yourself of God’s math when there doesn’t appear to be enough hours in the day to accomplish all the day’s demands. Cling to His math concept the next time you face an impossible situation, and remember, “The things which are impossible with men are possible with God” (Luke 18:27).

What impossible math equation are you facing today?

Dana is a full-time Christian author and speaker residing in Greenville, SC with her husband and two dogs. In fulfilling her call to evangelize the lost and edify the saints, Dana spends her days writing devotions, devotional books and books for children, as well as recording podcasts on various Biblical topics. She serves in many capacities at her local church, including the roles of church pianist and ladies' Sunday School teacher. Dana has a passion for souls and longs to be used of God in whatever way He deems necessary. When not writing or serving at church, Dana can most likely be found reading or hiking a nearby trail.
Previous Recognizing that Still Small Voice
Next Our Hope: Who Do You Listen To?