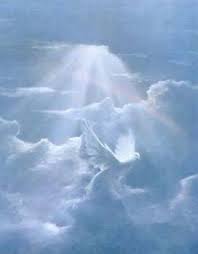 Have you ever heard the saying, “The devil’s in the details”? Well, it is really God that is in the details, meaning He is involved and interested in all of our lives and He is, as the Bible says, a very present help in time of need.  As I go about my day, my head is full of stuff and looking into the future to whatever job is next.  How can I separate the voice of God from my voice?

The voice of God is, even in the chaos in my mind, quiet.  When He speaks, it is peaceful but powerful.  His words comfort, guide, instruct and placate.  He repeats Himself.  If I think, “I’d better do such-and-such,” and later I hear the same, I know I should obey.  Disobedience will lead to consequences–not from God, but from a failed action on my part.  Here is an example: if I was at work and I thought, “Don’t forget to pay this bill,” but I went about my way, later I would have the same thought, and yet again the same thought.  If I failed to act, eventually I would be reprimanded for forgetting.  That’s the Holy Spirit.

In my prayer time, I often complain about people in my life, laying out who has done me wrong.  God will interrupt my tirade to quietly say, in some cases, “You are the problem,” or, “You are not easy to live with either.”  I stop in my tracks and say, “Okay, Lord,” then I consider what to do next.  God may tell you things you don’t want to hear, but you need to hear.  The Holy Spirit is your helper and comforter.

“And I will ask the Father, and he will give you another advocate to help you and be with you forever— the Spirit of truth. The world cannot accept him, because it neither sees him nor knows him. But you know him, for he lives with you and will be in you” (John 14:16-17).

It’s just as He said.

I don’t know this to be true, but I believe it is entirely possible that every brilliant idea, every practical solution, every useful thought could be of the Holy Spirit.  I do know one thing: He has a sense of humor and loves to delight us.  Need an example?

One day when my husband was at work, I was searching for a new computer after my old one burned up my video card and left me with a black screen.  I found a very reasonably priced one that I decided to purchase.  Directly after this I thought, “I wish my husband would say to put it on the credit card.”  Less than a minute later, I received a text message saying, “Did you find one yet?  See if you can use the credit card.”  I laughed right out loud!

The next day I asked my daughter to find out something from her boyfriend and let me know.  I expected the answer to come quickly, yet it had been some hours since I sent it and I was wanting to turn off my phone and go to sleep.  I was thinking, “I wish she would hurry up and text me.”  Two seconds later I received my answer via text!

Now you might think this is all a coincidence, and that’s your prerogative, but let me tell you what I think.  I believe it was God.  God loves to delight us.  Why?  Because He loves us, He delights in us, He eagerly desires to give us gifts and laughter is a marvelous gift, and that is what I received because it quite amused and delighted me.  That’s how He is.

Tell me about a time when God did something small but delightful for you?

Previous Who Do You Say Jesus Is?
Next A Closer Look at God’s Math