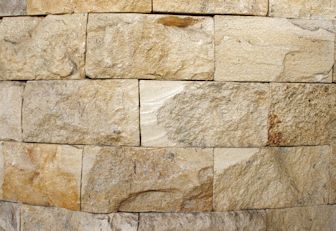 On March 11, 2011 a magnitude 9.0 earthquake struck off the coast of Japan producing a tsunami engulfing the city of Sendai. Recently, the Japanese people had a day of remembrance on the third anniversary of that catastrophic event. As the tidal wave approached and the water level rose, we all remember pictures of structures, automobiles, boats, and yes-people, being carried away by the forces of the current. It was a terrible sight to behold.

Not all buildings succumbed to the brutality of nature; some remained. Among those that did were a church and a Christian school. They were built as part of missionary work in Sendai. How do I know this? I have an uncle and aunt by the last name of Livingston who served in the mission field in that city for years. (Now you know how I got my middle name). In fact, those very buildings were erected during their term of service, along with a Christian camp in the hills above the city. A few days after the tsunami I spoke with my aunt, who still has contacts in that area, and she informed me that most likely the camp was being used as a refuge for survivors.

The church and school were physical reminders of the missionary work in that city. They stood out above the rubble, on sure and stable foundations. They were visible symbols of inwardly transformed lives of those who had gathered there for worship and learning. As some of the Japanese people of Sendai probably relocated to the camp, it too, was a picture of the spiritual refuge we can all have in God, especially in times of tragedy.

My uncle passed away a few years ago, but my aunt still lives in Bellingham, Washington. The missionary work in Sendai continues. Structures are being rebuilt, and lives are still being transformed by the power and grace of God. Since that day many people have become believers because the love of God has been demonstrated by a Christian relief organization, Asian Access (A2). Rebuilding projects have continually been underway to meet the needs of the survivors, many of whom still live in temporary housing. New church buildings are being erected to provide a place of worship for the new believers.

Just as the church and school were built upon a sure and solid foundation, people’s lives in Sendai, Japan continue to be built upon the foundation of God’s Word. Not even a tsunami can stop that!

John Livingston Clark is 67 years of age and lives in central Washington State. He has written two published books, and two published poems. His initial book is called, " God's Healing Hope: Breaking the Strongholds of Wrong Thinking." His second book, released in December of 2016, is a motivational book written to seniors titled, " Seniors: Are You Retiring or Recharging?" Both books are available on amazon. You can also view his writings on www.faithwriters.com. John is available to speak on a variety of topics. Visit me at jclarkministries.com
Previous Gun Control and God
Next Parenting Simply