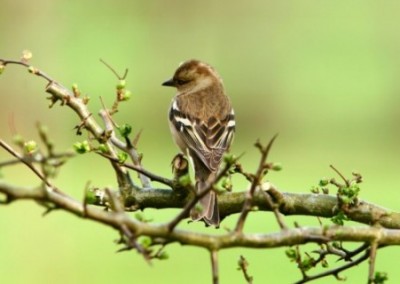 A Quiet And Holy People

“…Rejoicing that they were counted worthy to suffer shame for His name sake. And daily in the temple, and in every house, they did not cease teaching and preaching Jesus as the Christ” (Acts 5:41-42 NKJV).

In the third century, St. Cyprian wrote to a friend named Donatus: “This seems a cheerful world, Donatus, when I view it from this fair garden under the shadow of these vines. But if I climbed some great mountain and looked out over the wide lands, you know very well what I would see; brigands on the high road, pirates on the seas, in the amphitheaters men murdered to please the applauding crowds, under all roofs misery and selfishness. It really is a bad world, Donatus, an incredibly bad world. Yet, in the midst of it, I have found a quiet and holy people. They have discovered a joy that is a thousand times better than any pleasure of this sinful life. They are despised and persecuted, but they care not. They have overcome the world. These people, Donatus, are Christians…and I am one of them” (Gordon MacDonald, Forging a Realworld Faith).

Fast-forward several centuries and that letter reads like today’s news. Doesn’t it? Resembling (almost verbatim), current tragedies with additions of; Ebola, Isis, sex trafficking, unemployment and corrupt governments. On a positive note, let’s dwell on the brighter side. St. Cyprian realized the horror of an incredibly bad world, but saw hope. He found a ‘quiet and holy people’ and joined their ranks. He discovered true joy outlasted wicked living. Lastly, he noted these holy people overcame the world, capturing the essence of faith and clearly delineated how to attain it. Namely, quietness—not rude, snobbish or demanding “Aspire to lead a quiet life, to mind your own business, and to work with your own hands, as we commanded you, that you may walk properly toward those who are outside, and that you may lack nothing” (1 Thessalonians 4:11-12 NKJV). Finally, the certain return of Christ permeates believers with unquenchable hope, strengthening us to endure (to the end) because we are more than conquerors (Romans 8:37).

Our Father in heaven, You are the God of all comfort and help in time of need. It’s Your nature to be merciful, to undergird us with Your powerful strength. Mighty God, You are a wall of fire around us (Zechariah 2:5) and nothing will destroy the apple of Your eye “He kept him (Jacob) as the apple of His eye” (Deut 32:10b NKJV).

A wall of fire about us Apple of His eye Donatus endure to the end God of all comfort Holy Jacob Quietness St. Cyprian 2014-11-19
Darlene

Tags A wall of fire about us Apple of His eye Donatus endure to the end God of all comfort Holy Jacob Quietness St. Cyprian

Darlene enjoys farm life in rural southern Georgia USA
Previous Fighting Faulty Feelings
Next Clean Music. Why is it so hard to find?