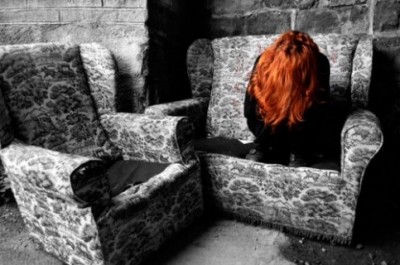 I looked on my right hand, and beheld, but there was no man that would know me: refuge failed me; no man cared for my soul. – Psalm 142:4

What heartbreaking words! At the time of this writing, David was fleeing for his life. He was tired, frustrated and discouraged, but he was not alone. First Samuel 22:1-2 tells us, David therefore departed thence, and escaped to the cave Adullam: and when his brethren and all his father’s house heard it, they went down thither to him. And every one that was in distress, and every one that was in debt, and every one that was discontented, gathered themselves unto him; and he became a captain over them: and there were with him about four hundred men.

Four hundred men dwelt in the cave with David, yet he declared that no man knew him or cared for him. As if that weren’t bad enough, he felt that even God had forsaken him. He said, “I looked on my right hand, and there was no one there,” but at another point in his life, he commented, “I have set the Lord always before me: because he is at my right hand, I shall not be moved.” (Psalm 16:8) David also stated that refuge had failed him while numerous times in some of the other psalms, he declares “God is my refuge.” So if God was at his right hand and God was his refuge, then David has a problem because he now believes that no one cares and no one can help.

Discouragement and disappointment often lead to disillusionment. Our feelings in the heat of the moment have a way of making us forget everything that we know to be true. We know that God is good. We know He is faithful. We know that He will never leave us or forsake us. But when the dark times come, what we feel and what we know don’t usually mesh. It is then that we have to make a choice—what are we going to believe: our feelings or the facts?

This is why it is so imperative that we hide God’s Word in our hearts. When troubles come, we need truths to cling to. We need God’s promises. With His Word firmly planted in our hearts, we have a much better chance of fighting the battle with knowledge rather than feelings. When Satan whispers that we’re all alone, we can inform him that we have God’s promise that we are never alone (Hebrews 13:5). When the world tells us we’re not strong enough, we can tell them that we can do all things through Christ because He gives us strength (Philippians 4:13). And when our own feelings try to convince us that this is as good as it gets, we can rehearse II Corinthians 4:17, which reminds us that our pain has a purpose and that, one day, these temporary troubles will be a thing of the past. It does get better! It did for David. It will for you.

Don’t lose hope. Cling to God’s promises. They will see you through even the darkest valley. And never forget that you do not walk alone. That, my friend, is a fact!

Dana is a full-time Christian author and speaker residing in Greenville, SC with her husband and two dogs. In fulfilling her call to evangelize the lost and edify the saints, Dana spends her days writing devotions, devotional books and books for children, as well as recording podcasts on various Biblical topics. She serves in many capacities at her local church, including the roles of church pianist and ladies' Sunday School teacher. Dana has a passion for souls and longs to be used of God in whatever way He deems necessary. When not writing or serving at church, Dana can most likely be found reading or hiking a nearby trail.
Previous Shoeboxes-Trash or Treasure?
Next A Quiet And Holy People