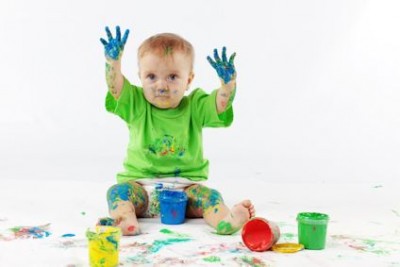 We are special creations of God as described in Psalm 139:13-16. These verses say that God formed our “inward parts” and wove us in our “mother’s womb.” It goes on to say that we were “skillfully wrought in the depths of the earth.” Verse 16 adds this: “Thine eyes have seen my unformed substance; and in Thy book they were all written, the days that were ordained for me; when as yet there was not one of them.” Did you catch that last part, “the days that were ordained for me?” When we were created God already knew how many days you and I were destined to live.

Unfortunately, Planned Parenthood chooses to cut short what God has ordained. It has been reported by the American Center for Law and Justice that last year the organization aborted 327, 653 babies, or one every 95 seconds! God did not destine all those babies to suffer such a fate! It is a scientific fact that a beating heart is a sign of life. It is a medical fact that there is a beating heart within three weeks after conception. Planned Parenthood, however, is dead to the facts.

Our newly elected representatives also have a deaf ear to reality. The current 114th Congress is composed of about 90 percent professing Christians (57 percent Protestant and 30 percent Catholic). Yet, they are just as much to blame.  At a recent March for Life rally in Washington D.C. (which I think should stand for “District of Complacency”), those in attendance were anticipating the passage of an anti-abortion bill called the “Pain Capable Unborn Child Protection Act.” It would have banned abortion after 20 weeks. The bill was dropped because of some wording and a potential for offending “women and young voters.” Did this nation just elect a bunch of political wimps with no backbone to stand up for the value of life? It appears so. Russell Moore, a spokesman for the Southern Baptist Convention, said, “I am disgusted by this act of moral cowardice.” GOP leaders said the bill might return in another form.

In the meantime, not only will many babies continue to be aborted, but the new Congress composed of our representatives(?) are back to singing the same song, second verse:”Get elected, then do your own thing.” On the other hand, stopping abortion at 20 weeks doesn’t really take care of the problem. It will save some precious, innocent lives, but whether it is at 20 weeks or at conception, life has been cut short for what God ordained. The only answer is to end abortion and make it illegal, whether that is done through legislation, cutting off all financial support, or shutting down all abortion centers. The real answer, though, is a transformation of the human heart through the power and grace of God.  What do YOU see as the number one factor in ending abortion?

Let the Creator determine how long a life will live, because He has plans for each life. Every child born is precious in His sight, even those with physical challenges and those born with no limbs. Children have a special place in God’s heart.

John Livingston Clark is 67 years of age and lives in central Washington State. He has written two published books, and two published poems. His initial book is called, " God's Healing Hope: Breaking the Strongholds of Wrong Thinking." His second book, released in December of 2016, is a motivational book written to seniors titled, " Seniors: Are You Retiring or Recharging?" Both books are available on amazon. You can also view his writings on www.faithwriters.com. John is available to speak on a variety of topics. Visit me at jclarkministries.com
Previous Teen Suicide: Who Can Rescue Them?
Next Break Free from Word Curses