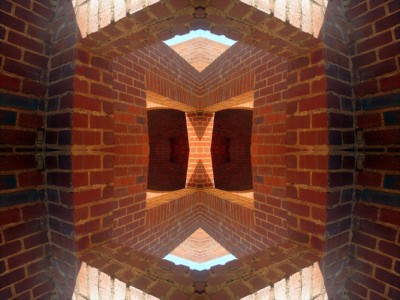 Appearances Can Be Deceiving

I know it sounds like a tired old cliché, but the fact of the matter is appearances really can be deceiving. Ask the children of Israel as they stared at the wide expanse of the Red Sea. It appeared that there was no way across, but there was. Ask Daniel as he sat in the midst of the hungry lions. It appeared he was going to be dinner, but he wasn’t. Ask Gideon as his puny 300-man army faced the armies of the Midianites and neighboring nations. It looked like they were going to be destroyed, but they weren’t. The list goes on. It appeared there wasn’t enough food to feed the 5,000, but there was. It appeared there was no hope for the blind, the lame and the lepers, but there was far more than just hope. It appeared Saul (aka Paul) was on a path that could not be detoured, but it was. And it appeared that Jesus was dead and gone, taking all the hopes and dreams of humanity to the grave with Him, but we all know that’s not how the story ends.

See what I mean? Appearances can be very deceiving. That being the case, I have to wonder why we often put so much stock in what we see. We see the wicked prospering, so we assume God has disappeared or that He no longer cares. We see our brothers and sisters in Christ suffering, so we suggest that perhaps God is not as faithful as we once thought. We see chaos and confusion, so we assume God is not working. We see stretches of valleys, so we conclude life contains no more mountains. These are logical conclusions to our minds, but nonetheless, very flawed.

Faith in what we see isn’t faith at all. It’s sight. Faith goes far beyond that. It’s trusting in what we cannot see. It involves trusting God’s promises no matter what our eyes may behold. It’s knowing that God is good even when circumstances aren’t. It’s David running toward Goliath, Joshua standing before Jericho and the woman with the issue of blood reaching out to touch Jesus. It’s a firm, deep-seated belief that God is in control and that, no matter how bad things appear to be, He is working all things for our good.

There’s an old saying that states, “It’s always darkest before the dawn.” Well, if you think about it, when we read through the Bible, we’ll see that’s typically the case. Things tend to look the worst just before something miraculous happens. The three Hebrew children in the fiery furnace could attest to that. So could Mary and Martha of Bethany as they stood by the graveside of their dear brother, Lazarus. Yes, it seems that God likes to wait until the tension has mounted and all hope seems lost before He steps in with something truly unbelievable. Why? I can’t say for sure. Perhaps to teach us that His timing is perfect. Perhaps to see if we’ll trust despite appearances. Or perhaps it’s simply because that’s how He planned it. Who knows?

What I do know, however, is that our lives would be sweeter and more joyous if we would live by faith instead of by sight. Not only can appearances be deceiving, but they can also be depressing. And the more discouraged we become, the more we depend on what we can see instead of depending on the One who’s busy working all things out according to His perfect Master plan. No, we may not see Him working, but if we did, that wouldn’t be faith, now would it?

In what ways can you exhibit faith instead of fear today?

Dana is a full-time Christian author and speaker residing in Greenville, SC with her husband and two dogs. In fulfilling her call to evangelize the lost and edify the saints, Dana spends her days writing devotions, devotional books and books for children, as well as recording podcasts on various Biblical topics. She serves in many capacities at her local church, including the roles of church pianist and ladies' Sunday School teacher. Dana has a passion for souls and longs to be used of God in whatever way He deems necessary. When not writing or serving at church, Dana can most likely be found reading or hiking a nearby trail.
Previous America Needs To Accept The Prince of Peace
Next Plucking Out and Cutting Off: Is It Worth the Pain?