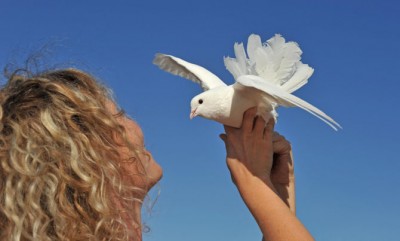 America Needs To Accept The Prince of Peace

Impromptu statements made by politicians in response to questions say much about candidates’ beliefs and character. The following examples are not meant to single out or endorse any particular candidate, but they serve the purpose of pointing people to the truth.

It was reported that Governor John Kasich stated on a recent radio program, “I consider myself to be the prince of light and hope,” and called Donald Trump the “prince of darkness,” making reference to him talking about the not-so-good truth of what our nation is experiencing.

Aside from being a very arrogant thing to say, and no matter how one views Kasich, he is NOT the “prince” of light and hope. No one is, except Jesus Christ, who said in John 8:12, “I am the light of the world…” Jesus also offers hope in this life and the life to come, to anyone who humbly comes to him asking forgiveness and confessing him as Lord and Savior.

There is another kind of real “prince,” Jesus Christ. Isaiah 9:6, which foretold the birth of Jesus, says, “For a child will be born to us…and his name shall be called…prince of peace.” He offers the peace for which this nation and the entire world is seeking, and it is not just an absence of war, mass shootings, and civil unrest, but a peace which resides in the human heart that Philippians 4:7 describes as an unexplainable supernatural peace which “surpasses all comprehension.” This kind of peace is only made possible through a personal relationship with Jesus Christ that, in the words of Marco Rubio at a recent town hall meeting, “is a free gift that has to be willfully accepted.”

If you really want to know the truth in this upcoming election, start by seeing how well the statements made by candidates line up with biblical teaching. We are not going to have a perfect leader, no matter who wins the election. We do need, however, a person who has a heart and passion for truth and morality. And as more and more people get to know the true “prince of peace,” it will go a long way toward fulfilling the slogan of Donald Trump to “Make America Great Again.”

Do you have the “Prince of Peace” living in your heart? If so, how can you point others to spiritual truth during this election year?

John Livingston Clark is 67 years of age and lives in central Washington State. He has written two published books, and two published poems. His initial book is called, " God's Healing Hope: Breaking the Strongholds of Wrong Thinking." His second book, released in December of 2016, is a motivational book written to seniors titled, " Seniors: Are You Retiring or Recharging?" Both books are available on amazon. You can also view his writings on www.faithwriters.com. John is available to speak on a variety of topics. Visit me at jclarkministries.com
Previous 10 Proclamations Based On My State of the Spiritual Union
Next Appearances Can Be Deceiving