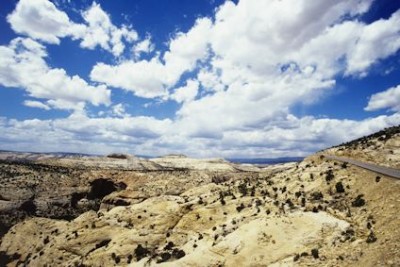 Archaeologists Unearth A “Goliath” Of A City

For people who think the Old Testament consists of fairly tales, here is evidence to the contrary. Kids in church school have heard of the story of David and Goliath. Archaeologists have unearthed remains of Gath, the city from which Goliath came!

The story of David killing the giant Goliath with a slingshot is found in I Samuel 17. The giant and Philistines were considered to be powerful rulers of Gath.  There is a direct connection spoken of in I Chronicles 20:6 and II Samuel 21:20. The city was destroyed in the ninth century.

After decades of excavating, researchers from Bar-llan University in Israel believed they have discovered the entrance gate to the ancient, biblical city, the largest in the geographical area of its time, halfway between Jerusalem and the costal region. The surface of the huge gate was found as part of a wall. Even though the city was destroyed, the general location was occupied until 1948. From biblical history and the huge size of the site it has been determined that it is, indeed, the city of Gath.  Digging is going to continue along the walls of the hometown of Goliath.

It is recorded in I Samuel 21:10-13 that “David arose and fled that day from Saul, and went to Achish king of Gath. But the servants of Achish said to him, ‘Is this not David the king of the land? Did they not sing of this one as they danced, saying Saul has slain his thousands, and David his ten thousands?  And David took these words to heart, and greatly feared Achish king of Gath. So he disguised himself his sanity before them, and acted insanely in their hands, and scribbled on the doors of the gate…”(emphasis mine).

So, if this is not enough evidence in itself, there’s more. Also discovered was the earliest legible Philistine inscription ever found, which included names similar to Goliath. Near the gate archaeologists also unearthed a Philistine temple, iron factory, pottery, and other items associated with that culture.

This discovery is only of many which have been made recently that give credibility to the veracity of the Old Testament. It is a huge find, not only locating the remains of a biblical city, but more importantly, bringing together the city of Gath with the story of David and Goliath. This being true also makes it possible for the story of Adam and Even and creation to be true, the flood of Noah, and on down through Old Testament history. You can opt to either believe it or deny it. Which will you choose? You need to answer the “what-if” question: What if the entire Bible is literally true? Where does that leave you?

John Livingston Clark is 67 years of age and lives in central Washington State. He has written two published books, and two published poems. His initial book is called, " God's Healing Hope: Breaking the Strongholds of Wrong Thinking." His second book, released in December of 2016, is a motivational book written to seniors titled, " Seniors: Are You Retiring or Recharging?" Both books are available on amazon. You can also view his writings on www.faithwriters.com. John is available to speak on a variety of topics. Visit me at jclarkministries.com
Previous The Dangers of the Pan-sexual Agenda Part 1: What is Pan-sexuality
Next The Dangers of the Pan-sexual Agenda Part 2: Education or Grooming?