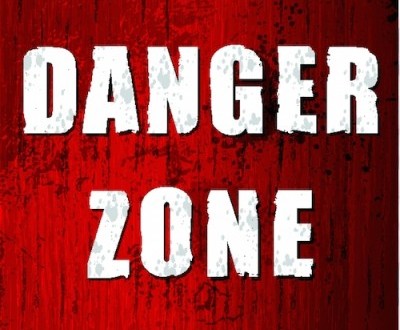 The Dangers of the Pan-sexual Agenda Part 2: Education or Grooming?

In Part 1 of this series, I mentioned that Canada is implementing a new sex education curriculum.

Beginning at grade one this new curriculum is going to include the sexual grooming of children: [1]

Well that does not sound too bad now does it? Sounds almost reasonable right? It is meant to sound that way, because people don’t think things through. By caring behaviours they will be grooming children to accept touching as normal. It is the first stage of seduction really.

When a man and woman begin a romantic relationship they begin getting use to each other’s touch, be it holding hands, hugging, kissing and so on. With kids this young, they will not be able to know the difference between a hug from their mom and that of a creepy pervert, they are being taught to accept as normal sexual “toughing.”

Wait a minute! What about teaching them about exploitive behaviour? Isn’t that proof that kids are not being groomed, the leftist will ask in protest?

Let’s face it, kids are naïve and will believe whatever someone tells them.  So what is a naïve kid, who has just had his or her head pumped full of body names and confusing talks about good touching and bad toughing, going to think when some pedophile tells them confusing stories about why it’s okay for him to touch them? It is going to make it even harder for these kids to speak out on the abuse they are receiving.

Grade 2: Outline the basic stages of human development. Identify related bodily changes. Explain the importance of standing up for themselves. Describe how to relate positively to others and behaviours that can be harmful in relating to others, including both online and face-to-face name calling.

This is just conditioning kids to think the sexual abuse is normal. By defining the sexual development of kids, a smart pedophile will spin this information to his advantage. And the anti-bullying instructions are meant to turn kids into cowardly weaklings.

So they are being brainwashed to accept as normal their sexual abuse and that name calling is wrong. Well that is just a hook punch followed up by an uppercut to the kids’ ability to protect themselves. Not only will they be conditioned to think the abuse is normal, but that calling the person abusing them a bad person will land them in trouble. Basically they are trapping children in a cycle of confusion and fear.

The smart pedophile will use the already built up conditioning to get kids even more confused and thinking their abuse is part of their “gender identity” and sexual orientation. Teaching them what a healthy relationship is while at the same time teaching them that the mental illness of “gender identity” is normal, will just screw them up even more.

Grade 6: Identify factors that affect a person’s “self-concept,” for example stereotypes, gender identity and body image. Describe how to lay a foundation for healthy relationships by understanding changes that occur during adolescence. Assess the effects of stereotypes on social inclusion and relationships.

Kids are being taught about transgenderism and that it is perfectly normal. They are being conditioned to reject all moral standards, to accept as normal the most depraved of actions and to think that such behaviour is normal.

Grade 7: Identify common sexually transmitted infections and describe their symptoms. Identify ways of preventing STIs and unintended pregnancy. Assess the impact of different types of bullying or harassment, including sexting.

Notice the soft language they use, STIs (sexually transmitted infections) when just a few years ago it was STDs and before that it was venereal disease. This softening of language takes the fear away and makes them more likely to engage in sex outside marriage. The erosion of morals and virtues continues …

Grade 9: Demonstrate an understanding of the benefits and risks of using communication technologies. Describe the relative effectiveness of methods to prevent unintended pregnancy or STIs. Demonstrate an understanding of factors influencing a person’s gender identity and sexual orientation. Apply their knowledge of sexual health and safety, including to the concept of consent.

Here kids are being instructed in moral relativity and are being encouraged to act on their sexual feelings, which have become twisted and confused.

Grade 10: Demonstrate an understanding of factors that enhance mental health.  Describe some common misconceptions about sexuality in our culture, and explain how these may harm people.

Kids at this stage are being taught to reject traditional sexual morality and will vilify those who espouse traditional marriage or oppose the growing degeneracy in society.

Grade 12: Demonstrate an understanding of the effects and legal implications of different types of harassment, violence, and abuse in different relationships and settings and describe ways of responding to and preventing them.

And finally we come to the end of the curriculum where kids are turned into social justice warriors who will be taught how to sue, harass, or otherwise undermine traditional morality, religion and conservative politics.

Part 3 will cover the history of the pan-sexual agenda and what their end game is.

Jonathan Kotyk is a student, self taught philosopher, recovering addict and born again Christian. He has spent time on both the far Left and Far Right side of the political spectrum and lives in Canada.
Previous Archaeologists Unearth A “Goliath” Of A City
Next True Salvation Isn’t Simple