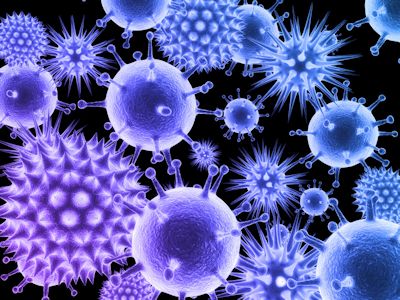 Are The Current Illnesses Biblical Pestilences?

At the current time there are five illnesses in the news, that to one degree or another are posing a threat to the world population or are sickening large groups of people. Journalist Michael Synder on a webpage dated October 10,2014, asked the following question: “Why are so many deadly diseases breaking out all over the world right now? Is there some kind of connection or…just a giant coincidence?” Here are the five illnesses:

1. Ebola is nothing that requires elaboration, but it seems like every day it is becoming more and more of a threat. The United Nations said it must be brought under control within 60 days or the world will face an “unprecedented” crises with no strategy to deal with it. Dr. Ben Carson, a potential presidential candidate, said we need to prepare for the worst and that this sickness could go airborne.

2. Enterovirus 68 is an illness that has spread to almost every contiguous state in America. Young children are being stricken with severe respiratory ailments accompanied sometimes with paralysis and polio-like symptoms. Over 600 cases have been reported. Several children have died. It’s a mystery illness that is baffling the medical profession

3. Chickungunya is caused by mosquitoes, of which there are presently 1 million cases in Central and South America. The symptoms are fever, joint pain or swelling, headaches, muscle pain, and rash. Outbreaks have occurred in Africa, Asia, Europe, the Indian and Pacific Oceans, and for the  first time in 2013, in the Caribbean. There is no vaccine or medicine.

4. MERS-CoV stands for Middle Eastern Respiratory Syndrome, the symptoms of which are fever, cough, and shortness of breath. Twenty-one nations have people infected.

5. Marburg is primarily coming from Uganda. It is similar to Ebola but possibly even more deadly. It brings severe headaches and malaise, severe bleeding, fever, vomiting, and diarrhoea. It is nothing new for that region but outbreaks are common.

Is there some kind of connection as journalist Michael Synder suggested? Revelation 6:8 mentions that in the end times there will be pestilences. The definition of a pestilence is a contagious or infectious epidemic disease that is virulent and devastating. The News Corp Australia Network on 10/14 has a story concerning some things stated by David Quammen, who has spent years researching emerging viruses. He said they live in animals and sometimes “spill over” into humans and that “this is not a one-time deal.” It’s “not going to be the end of the story.” He further maintains that there will no “final solution because next year, or the year after, there’ll be another viral outbreak that either turns into an epidemic or threatens to…” He believes that something worse than Ebola will arise that will be respiratory that can be passed through sneezing or coughing. According to him, however, influenza is still the greatest risk.

Are these and other illnesses yet to come the pestilences of the end times? Whether they are or are not, hold on to the passages in Psalm 91 and claim deliverance “from the deadly pestilence” and of “the pestilence that stalks in darkness…nor will any plague come near your tent.”

John Livingston Clark is 67 years of age and lives in central Washington State. He has written two published books, and two published poems. His initial book is called, " God's Healing Hope: Breaking the Strongholds of Wrong Thinking." His second book, released in December of 2016, is a motivational book written to seniors titled, " Seniors: Are You Retiring or Recharging?" Both books are available on amazon. You can also view his writings on www.faithwriters.com. John is available to speak on a variety of topics. Visit me at jclarkministries.com
Previous Truth of Consequences
Next Has God Given You The Writing Bug?