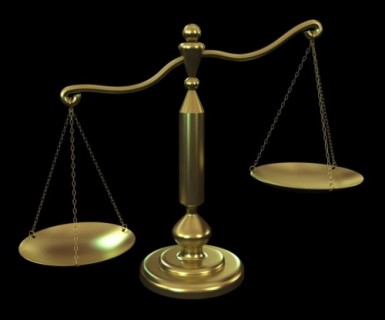 The American television show aired in 1950, running for 38 years.” Truth or Consequences” offered the contestant just 2 seconds to answer a difficult three-part trivia question correctly. If the contestant failed to give the correct answer at the sound of the buzzer, they received their “consequence,” a stunt they had to perform for the audience at their own embarrassment. Yes, consequences can be embarrassing…

While “Truth or Consequences” was a fun game show meant for entertainment, consequences for sin are very real. And while all sin will keep us from God until we repent and receive forgiveness and salvation through Christ, the earthly consequences will range from minimal to life-altering. This is why we must be aware that while we all sin, we don’t all sin in the same manner, and the consequences reflect that.

We are not to judge another’s heart because we all commit sin against God. One person’s worth is not higher than another’s to our Creator, based on how well we keep the commandments in God’s Word. Still, our quality of life and our effect on those around us is very much determined by our choices. If they lived among us today, King David could tell us about the consequences of his adultery with Bathsheba–the death of a child and war and betrayal among his own sons. Samson could warn us of the consequences of lust–loss of God-given power and ability. And Jonah could explain how disobedience and pride turned out for him–time in the belly of a large fish and follow-through on God’s original plan to use him to witness to the Ninevites.

1 Corinthians 10:11 should be taken to heart; All these things happened to them as examples-as object lessons to us-to warn us against doing the same things-they were written down so that we could read about them and learn from then in these last days as the world nears its end. (Living Bible)

We can learn from God’s Word, and from others around us, and avoid behaviors that lead to unwanted consequences. But when we fall short and are faced with the results of our behaviors, we are wise to accept and receive the consequences and allow God to use them to teach us–just as a mighty king, a strong man, and a prophet once did!

My husband Dan and I have three children and three grandchildren. We live in central Illinois. I am a graduate of The Institute of Children's Literature, a member of faithwriters.com, and a member of SCBWI. My writings have been published at chirstiandevotions.us, in DevotionMagazine, the PrairieWind Newsletter, and here at thebottomline.co.
Previous How Do We Know What Is The Truth In A World Full of Options
Next Are The Current Illnesses Biblical Pestilences?