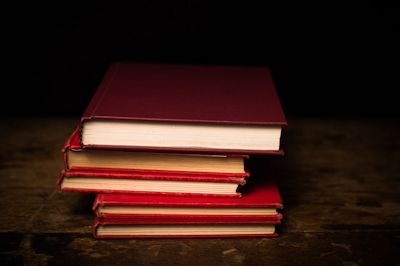 Have you read any good books lately? When you walk into a library you like to be able to choose books to your liking. If a book is contrary to your tastes or it contains material you consider bad, you leave it on the shelf. That’s pretty simple, wouldn’t you say? A superintendent of a school district in California doesn’t seem to understand that.

Some books have been removed from the shelves of Springs Charter Schools in Temecula, California, in an action that has been described as “Christian purging” of the library. A legal defense organization known as Pacific Justice Institute is representing a parent who is claiming that the superintendent ordered all books with a Christian message or by a Christian author to be confiscated. Among the books that were removed is “The Hiding Place,” by Corrie ten Boom. Many people may know that this is the story of a Christian family that protected Jews escaping the Nazi Holocaust, an important piece of world history.

Brad Dacus, president of PJI, said they need to reverse this decision and added, “Some of the greatest literature of Western Civilization comes from religious authors.” The parents probably have a good case against the superintendent because according to a 1980 Supreme Court ruling, she is in violation of the law. This ruling states that “local schools may not remove books from school library shelves simply because they dislike the ideas contained in those books…”

This decision by the superintendent, however, goes way beyond what this Supreme Court decision allows. Students are being denied the option to read books that many people would label as positive and wholesome. While there are some books that are definitely bad and should be banned, the purging of books just because they are religious has no justification whatsoever. A distinction must be made between banning books that are morally unacceptable or just plain evil, and  those that someone just finds objectionable from a religious standpoint. A religious book, generally speaking, is not going to contribute to moral decline, although there may be some exceptions. In Acts 19:19 in the New Testament it is recorded that people  brought books to be burned. There are some books in our culture that probably ought to suffer the same fate.

This decision reveals a lack of common sense and ignorance of the law. What might be even more revealing is what books remain in this school library that are not banned. The banning of perfectly decent books is really a reflection of the human heart and of the times in which we live, where people are calling good, evil, and evil, good. Why did those in Acts 19:19  have a book burning ceremony? Verse 18  says they had a change of heart, “confessing and disclosing their practices.” Let’s pray that not only will this decision be reversed but also that the person who made this decision will have a change of heart. If not, it could set a new unwelcome precedence for the future.

John Livingston Clark is 67 years of age and lives in central Washington State. He has written two published books, and two published poems. His initial book is called, " God's Healing Hope: Breaking the Strongholds of Wrong Thinking." His second book, released in December of 2016, is a motivational book written to seniors titled, " Seniors: Are You Retiring or Recharging?" Both books are available on amazon. You can also view his writings on www.faithwriters.com. John is available to speak on a variety of topics. Visit me at jclarkministries.com
Previous Where is God When I’m Afraid?
Next A Family Makeover