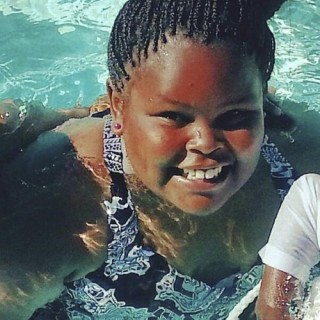 The story of 13-year-old Jahi McMath is incredible, and I have been following it since last December. On December 9, 2013, Jahi underwent a tonsillectomy to alleviate her sleep apnea; however, she began bleeding profusely and went into cardiac arrest. Jahi was declared brain-dead three days after the operation, and she was placed on a ventilator to help with breathing. Her parents refused to believe that Jahi was dead, and have been fighting in the court system ever since to keep her stabilized in a hospital that could help assist with her recovery. Despite the court’s ruling to allow Jahi to be moved to a private hospital to be cared for, the county coroner issued her mother a death certificate anyhow. The case has gained national attention as a debate between what legally and ethically constitutes death. In the medical community, brain-dead means clinically dead.

Jahi’s parents are Christians, and they have been praying and believing for a miracle. Despite what you may think about keeping a person alive on a ventilator (I also believed previously that someone should be taken off a ventilator if that was how they were living), but this case would not allow me to do that. It is different, maybe because from the beginning of this story, I felt a need to pray for a miracle. Jahi’s mom has been in tune with the Holy Spirit, and who are we to question if God has told this mom, “Jahi will be healed.” This family has received so much flack for keeping Jahi on a breathing machine, but what if a miracle will take place?

Now there are signs of life coming from Jahi and videos are being released to show the movements. CNN reported that medical experts have said the teen’s condition can’t improve if she is truly brain-dead, because there is no way to come back to life once brain activity ceases.

According to Wesley J. Smith, special consultant to the center for bioethics and culture and a bioethics attorney, reported that Dr. Alan Shewmon, professor emeritus in neurology at UCLA, and a world-renowned expert on the brain, testified that Jahi is not only alive, but now also awake. Dr. Shewmon states that, “I can assert unequivocally that Jahi currently does not fulfill the diagnostic criteria for brain death, and that she is extremely disabled but a very much alive teenage girl.” Jahi can now move various body parts to the voice commands of her mother. Another interesting fact is that Jahi now has started to menstruate. Corpses do not menstruate or undergo sexual maturation. There is no information in medical literature of a brain-dead body beginning menstruation and having regular menstrual cycles. (Lifenews.com).

On October 9, 2014, Jahi’s parents was scheduled to appear before court to have Jahi’s death certificate reversed, but that court hearing has been postponed for a later date. The family is asking for prayer for this never before reversal. You can find more information and offer your prayers at the family’s Facebook page.

Now a certain man was sick, Lazarus of Bethany…He said, “This sickness is not unto death, but for the Glory of God, that the Son of God may be glorified through it.” John 11:1&4. Read John 11:1-44.

Stephanie has a heart and passion to see broken lives restored and redeemed through Jesus Christ. She writes through her personal experiences and her educational and professional background. She has over 17 years experience in counseling, and has a Master's degree in Social Work, Bachelor's degree in Psychology, and is a Licensed Belief Therapist. Stephanie has been married for 16 years,and has one grown son. Stephanie's desire through her writings is to bring hope and encouragement to the body of Christ, that no matter what you have been though or going through, there is restoration and redemption through Jesus Christ.
@Stephrreck
Previous Hearing God Speak
Next Overeating (Part II)