Breaking News
Home / Faith / Can We Still Relate To John? 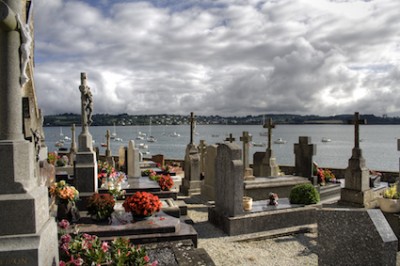 Can We Still Relate To John?

There is power in the name of Jesus! It’s more than just an encouraging saying–it’s the truth. Christians are dying in places like Pakistan and Ethiopia because they live for Jesus and because He’s more than just a nice thought. His name alone saves the wretched sinner and heals the blind.

Today we can still relate to biblical writers like John. John wrote to the people of his time as much as to people today. He lived during a time when people were speaking against the deity of Jesus Christ. We can certainly relate with this skepticism.

Currently, Christians face the most persecution of any religion and of any time period. We can see evidence of this by just turning on the news. This past week more Christians were executed by the terrorist organization ISIS because they proclaimed their faith in Jesus.

During John’s time he noticed people like Gnostic teachers who claimed that Jesus merely appeared to be human–but wasn’t actually human. John also lived in a time where doubt ran rampant among people who had access to eye witness accounts of Jesus.

Further, John noticed the false doctrines of God being passed around and wanted to educate people on the truth of Jesus Christ. His focus was to proclaim that Jesus was the Messiah and God. That is a bold teaching and it remains the same today.

Maybe, like John you notice the lack of knowledge people possess especially when it comes to the truth. We can encourage others around us to think about Jesus and how He is the only way to true everlasting life.

John summarizes his reasoning for writing with the following:

“But these are written that you may believe that Jesus is the Messiah, the Son of God, and that by believing you may have life in his name.”  John 20:31

Christians are dying all over the world at the hands of organizations like ISIS because this message of John’s is crucial to every man and woman. Jesus really came here in human form to take on the sins of the world so that we might believe in Him. There will be people who try to stop John’s message but then there will also be bold, unashamed Christians like John, Pastor Saeed Abedini, Asia Bibi, and the countless other brave souls who are being executed for not renouncing their allegiance to Jesus Christ.

That is the power of the name of Jesus.

I’d love to hear your comments on this issue. Do you think people care about our brothers and sisters who are being killed for being Christians?

Sarah loves Jesus and is unashamed to tell the world about His truth and bold love! Her purpose is to encourage others to seek the truth as they pursue who they are in Christ. She is also a Mom and feels blessed to call Colorado her home.
Previous The Victimization of Personal Responsibility
Next The Heart of the Battle