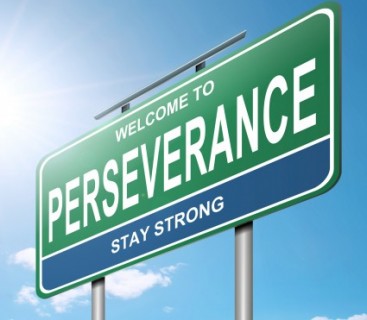 The Victimization of Personal Responsibility

Has personal responsibility fallen victim to the “victimization industry”?

It seems everywhere we turn someone is telling us we are a victim of something or someone–or that we may be if we’re not careful. It may be a noble cause to warn others of impending doom or rescue them out of their victimhood, but every unfortunate circumstance does not have to make us victims.

Perhaps the increase in the number of victims is due in part to all the “movements.” To rally support for a cause one generally needs to show someone has been wronged–that their rights have been violated in some way.

Positive social changes have occurred as a result of movements. The civil rights movement of the sixties, without a doubt, would top the list. Until slavery was abolished, black Americans were denied freedom. They were denied the ultimate right of personhood as well.

Women’s suffrage is another. If I were alive at the time, I would have stood with those women in the early 1900’s as they fought for their right to vote. It is not unreasonable to expect to receive equal pay for equal work if one is as physically and intellectually capable as another and is working just as efficiently. It is simply the right thing to do.

It may be human nature. We tend to not make changes until we become outraged at injustice, or if some tragedy alerts us to danger or the potential for danger. This tendency brings with it the added danger of making us a society of victims.

Perpetuating the victim mentality is of no benefit to the individual or to society. Individuals find themselves in a passive, helpless role rather than allowing themselves to find strength through their adversity.

Philippians 4:13 says, “For I can do everything through Christ, who gives me strength.”

The truth is, we are all victims. We are victims of the sinful nature within each of us. Whether it is our own or that of someone else, we will inevitably become the victim of someone or something. Below are just a few of the many things to which we may fall victim.

Sometimes we are just victims of our own carelessness and irresponsibility.

We certainly cannot overlook situations of abuse, neglect, and injustice. They must be brought into the light and exposed. We should, however, prevent the victimization industry from growing out of these circumstances and those like them. We also cannot allow ourselves or others to be identified by our circumstances.

Seek justice. Work for change when necessary. While doing so, help someone to be an overcomer.

“I have told you all this so that you may have peace in me. Here on earth you will have many trials and sorrows. But take heart, because I have overcome the world” (John 16:33).

When have you been called a victim or claimed victim status? Were you truly a victim, or do you need to be reminded that you are an overcomer in Christ?

Melinda is currently the worship leader at her small church in rural America. Married for 23 years, she and her husband Larry have one son. She is the Director of Mailing in the print/mailing industry by day and freelance author by night. Her desire to write is a passion borne from tragedy. God used it to take her faith to a much deeper level. Melinda is a freelance writer and member of FaithWriters. She joined the TBL team in March 2014. Believing we are citizens of a greater ‘kingdom,’ her articles for The Bottom Line examine governmental responsibility, citizen involvement and current political topics. With the great wisdom contained in scripture as her guide, she looks at today’s political environment from a Biblical perspective. She prays her words will prompt the reader to view citizenship - and every aspect of their life, through the eyes of faith. Col 3:17 To read more of Melinda’s writings on her faith, hope, and life visit her blog Still Living Still Loving or her page at Faithwriters.com. You can also follow her on Twitter @MKZbk.
@@MKBzk
Previous What is the right burden to bear?
Next Can We Still Relate To John?