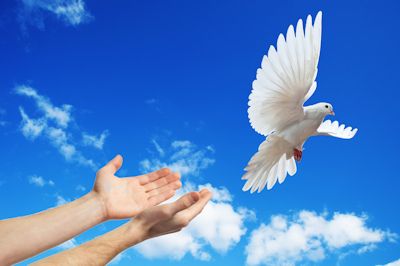 The Old Testament records a time when three men were cast into a furnace of fire. Daniel 3:21 says, “Then these three men were tied up in their trousers, their coats, their caps, and their other clothes, and were cast into the midst of the furnace of blazing fire.” The men referred to here were Shadrach, Meshach, and Abed-nego. They were thrown into a fire alive for refusing to worship a false god. Has a horrible event comparable to this ever happened since?

Fast forward to November 4, 2014. The location is Punjab, Pakistan. This small village has a kiln for the purpose of making bricks. A large percentage of Christians are employed in this occupation, among them being Shahzad Masih and Shama Bibi, who were bonded laborers. They were accused of burning part of the Qur’an.  Pakistan has a very strict blasphemy law, which includes burning the Islam holy book. The law targets Christians and other minorities.

Shadzad and Shama were beaten and dragged toward the burning kiln. Their legs were broken so they could not run away. The wife, 5 months pregnant, was wrapped in cotton and set on fire. Then members of the mob of over 1200 people “picked them up by their arms and legs and held them over the brick furnace until their clothes caught on fire, and then they threw them inside the furnace.” I can only speculate that this form of death may be worse than beheading! This entire horrible and brutal episode was witnessed by family members.

If you are asleep, wake up to the evil savagery of human nature without a Christian  godly influence. This story shows the ultimate disregard for the sacredness of human life and the persecution of Christians in these final end time days. It is also a modern day literal example of the Old Testament narrative to which reference was made earlier. Since there are still many Christians living in the village of Punjab will this happen again? Let’s pray that it won’t. No one deserves death of any kind just because they don’t agree with a particular religion, but the enemy shows no mercy.

However, God, will show mercy to all who call upon him. Accept his free gift of grace today made possible by the blood of Jesus Christ shed upon the cross. This is the only answer to the evil and brutality of mankind as we draw nearer by the day to the return of Jesus and the Tribulation Period. Even though most people do not participate in the kind of evil actions related in this story, we all have a sinful nature which needs to be redeemed through God’s grace.

John Livingston Clark is 67 years of age and lives in central Washington State. He has written two published books, and two published poems. His initial book is called, " God's Healing Hope: Breaking the Strongholds of Wrong Thinking." His second book, released in December of 2016, is a motivational book written to seniors titled, " Seniors: Are You Retiring or Recharging?" Both books are available on amazon. You can also view his writings on www.faithwriters.com. John is available to speak on a variety of topics. Visit me at jclarkministries.com
Previous Blindfolds and Tightropes: Walking By Faith
Next The Weapon of Prayer