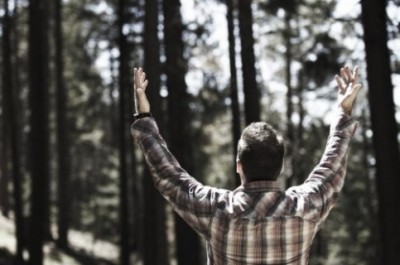 The Weapon of Prayer

In the spiritual battle that we face as believers, God has given us armor to protect us and weapons to fight with. Since the battle is spiritual, so are the weapons. I wrote previously how the Word of God is like a sword that we can wield against the temptations and attacks of the enemy. This is just one of the pieces of our armor that Paul lists in Ephesians 6:10-18.

One of the often overlooked spiritual weapons in Paul’s list prayer. After naming various pieces of armor, he concludes with this call to pray: “praying always with all prayer and supplication in the Spirit, being watchful to this end with all perseverance and supplication for all the saints” (Ephesians 6:18). We must wear the armor, but we must not neglect the powerful weapon of prayer!

Exodus chapter 17 shows the first battle that Israel faced after coming out of Egypt. I believe there are some great parallels that we can learn and apply to our spiritual warfare against the kingdom of darkness.

Now Amalek came and fought with Israel in Rephidim.  And Moses said to Joshua, “Choose us some men and go out, fight with Amalek. Tomorrow I will stand on the top of the hill with the rod of God in my hand.” So Joshua did as Moses said to him, and fought with Amalek. And Moses, Aaron, and Hur went up to the top of the hill.  And so it was, when Moses held up his hand, that Israel prevailed; and when he let down his hand, Amalek prevailed.  But Moses’ hands became heavy; so they took a stone and put it under him, and he sat on it. And Aaron and Hur supported his hands, one on one side, and the other on the other side; and his hands were steady until the going down of the sun.  So Joshua defeated Amalek and his people with the edge of the sword.

Joshua took the troops to battle while Moses went up on the mountain, lifting his hands to God in intercession. Where was this battle won? It was won not on the battlefield, but on the mountain. Joshua had to rally the troops; and they had to wear their armor, take up their weapons, and engage in the battle with the Amalekites. But the victory was accomplished on the mountain, as Moses interceded.

Moses ascended the mountain to pray, and he carried with him the rod of authority. Since we are seated with Christ in heavenly places (see Ephesians 2:6), we can pray from a heavenly perspective and a position of authority. As we are led and empowered by the Spirit in prayer, we can see what Christ sees and pray accordingly. We can declare His will and decree His victory. We can bring down the devil’s strongholds and destroy his works in the earth.

Like Moses, let’s ascend the mountain, lift up the rod of authority, and see the enemy defeated!

Jake Kail is a teacher, author, and speaker who is passionate for the kingdom of God. He was called into ministry during his college years, after a life-changing encounter with God. The focus of his ministry is on teaching and equipping believers, strengthening local churches, and seeing awakening and restoration come to the church. He also ministers often in the area of deliverance from evil spirits, seeing people set free from bondage, torment, and oppression. Jake is the author of three books: Restoring the Ministry of Jesus, Can a Christian Have a Demon?, and Abiding in the Vine. He speaks at churches, retreats, conferences, and other venues. Jake lives with his wife and family in Lancaster, PA where he serves on the pastoral team at Threshold Church. Check out Jake’s website and blog here: http://www.jakekail.com.
Previous Christian Couple Burned Alive
Next No Thanks, God, I Can Do It Myself!