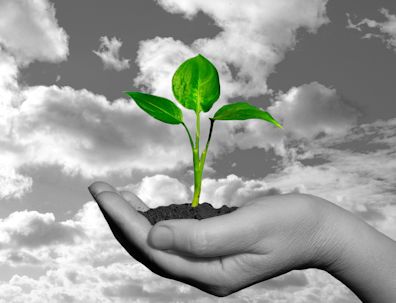 Do Muslims have to cry out to the Christian God for divine healing? This was the case for a man called Nasir Saddiki. He had followed Sunni Muslims for seven generations. That all changed from a bed in 1978 at Toronto General Hospital.

According to a story related to reporter Stefanie Schartel of Charisma News, Nasir had been raised believing that “the other side of death was fearful, but I didn’t know what it was.” When he came down with the worst case of shingles ever diagnosed by the hospital, he started praying to the god of Islam. With horrible blisters and a life-threatening temperature, the doctors believed that he would not live through the night. That was 24 years ago.

The Quran, the Islam Holy Book, told Nasir his god was “unknowable,” so there was no hope of healing. He cried out, “God, if you are real, don’t let me die.” At that point he said a figure entered the room and without opening his mouth, said, “I am the God of the Christians…of Abraham, Isaac, and Jacob.” By the next morning the blisters and fever were gone, leaving the medical staff speechless. He was released the next day.

He had always thought of Jesus as being nothing more than a prophet, but after this encounter he began to question that Jesus may be the Son of God. While watching television a phrase came across the screen which asked, “Is Jesus the Son of God?” At that moment he asked Him to be his Lord and Savior.

As Christians we know a personal God who can heal us of all sorts of physical and emotional illnesses, as is stated in Psalm 103:3. We also know that “the other side of death” is not fearful, but John 14:3  tells us it is full of hope of eternal life in the presence of a loving God for those who put their faith and trust in Him. In heaven there will be no more sickness.

Nasir knows the healing power and grace of the Christian God. May more Muslims come to that same realization. You may not be a Muslim, but what “gods” do you serve?  What kind of healing and eternal security do they provide?

"the other side of death" and Jacob" God of Abraham god of the Quran heartwarming stories hope of eternal life Isaac John 14:3 miracle of healing Nasir Saddiki Psalm 103:3 shingles Son of God Sunni Muslims the God of the Christians 2015-02-23
John Clark

Tags "the other side of death" and Jacob" God of Abraham god of the Quran heartwarming stories hope of eternal life Isaac John 14:3 miracle of healing Nasir Saddiki Psalm 103:3 shingles Son of God Sunni Muslims the God of the Christians

John Livingston Clark is 67 years of age and lives in central Washington State. He has written two published books, and two published poems. His initial book is called, " God's Healing Hope: Breaking the Strongholds of Wrong Thinking." His second book, released in December of 2016, is a motivational book written to seniors titled, " Seniors: Are You Retiring or Recharging?" Both books are available on amazon. You can also view his writings on www.faithwriters.com. John is available to speak on a variety of topics. Visit me at jclarkministries.com
Previous Babies: God’s Second Chances (Part 1)
Next Young people: are you turning to a different gospel?