Breaking News
Home / Faith / Young people: are you turning to a different gospel? 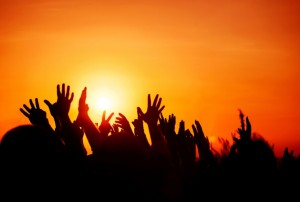 which gospel have you received

Young people: are you turning to a different gospel?

One of the great qualities of youth is that they have not experienced the grind of this world enough to believe that some things will never change; in this mindset, they achieve the impossible. It is often teens and young adults who are at the forefront of social movements that seek to end human suffering.

However, the zeal of Christian youth for social justice is often the very thing that the enemy uses to lure them away from Christ holding first place in their hearts. Paul was distressed by the Galatians, who were zealous but had drifted from the grace of the gospel: “I am amazed that you are so quickly deserting Him who called you by the grace of Christ, for a different gospel; which is really not another; only there are some who are disturbing you and want to distort the gospel of Christ,” (Galatians 1:6-7, NASB).

How is the gospel distorted today? One of the cultural trends young people face is the temptation to swap the gospel of Jesus Christ for a clever counterfeit: a “social gospel.”

Serving the poor, particularly widows and orphans, is “pure and faultless religion” (James 1:27). Fair trade, human trafficking, clean water, and the plight of refugees certainly come under this umbrella. Sometimes, however, activism can become the focus, rather than the Master Himself. Very often, it’s easy to become judgmental and look around at what others are doing (or not doing), rather than individuals working to rebuild the segment of wall God has assigned each (see Nehemiah 3).

In his book A Severe Mercy, Sheldon Vanauken writes, “I was one of those caught up in the mood and action of the 1960s, especially the Peace Movement. Christ, I thought, would surely have me oppose what appeared an unjust war. But the Movement, whatever its ideals, did a good deal of hating. And Christ, gradually, was pushed to the rear.  Movement goals, not God, became first, in fact . . . I now think that making God secondary (which in the end is to make Him nothing) is the mortal danger in social action, especially in view of the marked intimations of virtue–even arrogant virtue–that often perilously accompany it.”

How do young people avoid this pitfall? Walk in the Spirit. Test whatever is being taught to ensure it is the  gospel of the kingdom, which Jesus taught, and that it affirms Jesus is the only way to the Father. Jesus’ ministry was supernatural, and He commissioned us to do the same. What the church should be doing is what no civic organization can do. Only what is born of the Spirit produces spiritual results (John 3:6). And the tone of any leadership or teaching should be humble and loving.

Have you come across any teaching which you’d classify as a distorted gospel? What deviation from the gospel do you see in modern culture?

Emily Tomko's radical encounter with the Lord while at a nightclub changed her life forever and inspired her first novel, College Bound: A Pursuit of Freedom. She is the author of seven books, including 31 Thoughts on Prophecy and Leaving the Shallows: igniting the faith that overcomes the world. Her tastes tend toward vintage and she's a Germanophile, having spent a year in Bremen and Nuremberg. Emily loves the scriptures and writes with fierce compassion and a deep desire to see people freed from the miry clay of this world and walking in the truth.
Previous Christian Divine Healing Cries Out Over Islam
Next Can We Use Temptation to Witness?