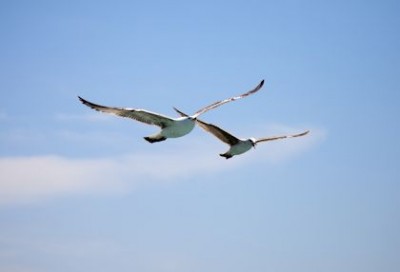 Religious persecution sometimes takes a positive direction. Here are two stories that will warm your heart.

Meriam Ibrahim was imprisoned in Sudan for her faith in Christ and refusal to convert to Islam. After receiving 100 lashes and sentenced to death, she gave birth to a second child while in chains. She was freed and returned home to Manchester, New Hampshire on July 31, 2014.

On February 25, Meriam was honored by the National Religious Broadcasters in Nashville, Tennessee. She received the organization’s  President’s Award for showing “what it means to not be ashamed of Christ.” People like her are demonstrating to the world that Christianity is something worth dying for. It is fitting for those who are persecuted to be recognized because they have a special place in God’s heart.

Now, there is welcome news from Iran about Pastor Saeed. No, sadly, he is still in prison. However, President Obama met with his wife and children recently in Boise, Idaho. He told the son who has a birthday in March, that he would try to have his dad home in time for the celebration. Though it was a positive step, it remains to be seen.

Something that did happen recently was that Pastor Saeed was allowed to meet with his father. According to his wife, Naghmeh, the usual 20 minute visit went for several hours because “the presence of the Lord was so strong that the guards did not want to intervene and end the visit.” His dad shared words of encouragement from those who have been praying for him. The two worshipped together. Though separated by a glass partition they were joined by the cross.

I am reminded of the story of the Apostle Paul and Silas singing in their cell, as recorded in Acts 16:25-31. The other prisoners heard them. Then, there was a great earthquake, doors were opened, and their chains fell off. When the jailer realized what happened he asked the question, “Sirs, what must I do to be saved?”

This makes me wonder, at the risk of getting too optimistic, if God is getting ready to do something dramatic and supernatural for Pastor Saeed? Would it be something that would cause the Iranian jailer to ask the same question?  Wouldn’t that be awesome! Then Pastor Saeed could give the same answer as Paul and Silas did, “Believe in the name of the Lord Jesus Christ.” Let’s all continue to pray for his release, and in a way that souls will be saved.  What are some ways that God might work on behalf of pastor Saeed? What if it is something supernatural?

John Livingston Clark is 67 years of age and lives in central Washington State. He has written two published books, and two published poems. His initial book is called, " God's Healing Hope: Breaking the Strongholds of Wrong Thinking." His second book, released in December of 2016, is a motivational book written to seniors titled, " Seniors: Are You Retiring or Recharging?" Both books are available on amazon. You can also view his writings on www.faithwriters.com. John is available to speak on a variety of topics. Visit me at jclarkministries.com
Previous Fishers Of Men
Next Family Feud–The Good Kind