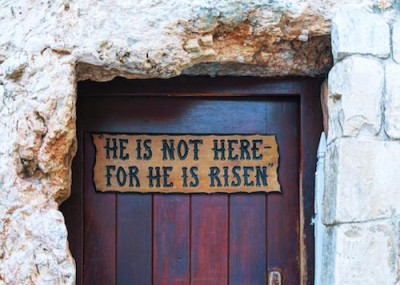 Cremation or Burial: Should Christians Care?

While we’re alive, we get the privilege of deciding what to do with our bodies. But there’s no decision-making in death. Still, we can decide while we’re alive, what to do with our bodies when we’re dead. Death isn’t an easy topic to discuss, but it’s a conversation that we need to have with our family so they will be equipped with the information necessary to honor our request.

After death, the top two most popular ways to lay our loved ones to rest are cremation and burial. Some might want to know, is cremation acceptable in the Christian community? Is it ethically correct from a Christian standpoint? Others might ask, should it even matter which option we choose?

Personally, I don’t think what one does to the body after death is important. It doesn’t matter the state our bodies are in when God comes. On judgement day, He’s able to call us into being so judgement can be carried out. Moreover, His word says that when He comes, we shall be changed. Changed from mortals to immortals (1 Corinthians 15: 52-53). We’ll no longer need this body.

According to cremationassociation.org, cremation has been around since the Stone Age. It was first practiced by the Greeks around 1000 B.C., and then by the Romans. Cremation derived from a need for speedy disposal of bodies in an era where wars were very prevalent and frequent. But that’s not the case today. Christians back then considered burning bodies an act of paganism or as a form of punishment. Joshua 7:15 carries an example of this when in Israel, Achan and his family were burnt as punishment for his stealing. You might argue that cremation is cheap, but one very important point to consider is … is it biblical?

Burial on the other hand, is considered a sacred symbolic act in the world of Christendom. Ancient Israel buried their dead so as not to defile the land (Deuteronomy 21:23). As Christians, we follow the teachings of the Bible. And in the Bible, cremation wasn’t a customary practice. Moses, Abraham, Isaac, Jacob, among millions, were all buried. In fact, burial is pretty much a symbol of our entire believe. If Jesus wasn’t buried, He could not have been risen. And if He wasn’t risen from the grave, we would be worshiping a dead God!

In the end, I believe the choice we make has very little to do with our salvation and where we’ll spend eternity. Our focus should be on having a personal relationship with God. This is because our final resting place won’t be in an urn or in the ground, it will be either heaven or hell.

What are your views on cremation and burial?

Amelia Brown is from the beautiful island of Jamaica. She is a 28 year old Guidance Counselor by profession, but a passionate writer at heart. Most of her articles written are aimed at stimulating positive change under the guidance of the Holy Spirit. She is also a published poet and a member of Faithwriters. Outside of writing, she enjoys volunteering, cooking, and turning frowns right side up. Amelia currently lives in New York.
@ameliambrown
Previous Should Christmas Be Different for Christians?
Next Trusting in the One Who Has Walked the Path Before Us