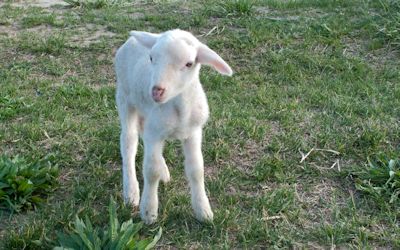 Acts 13:22 And when he had removed him, he raised up unto them David to be their king; to whom also he gave testimony, and said, I have found David the son of Jesse, a man after mine own heart, which shall fulfill all my will.

Many people are aware of the fearless battle David fought against Goliath of Gath, but what was his greatest battle of all? It wasn’t against the Philistine but rather against himself and the very God that created him. You see, David was a man after God’s own heart, but there was one time he chose to rebel…

It all started when David arose from his bed, and from his roof he seen a beautiful woman bathing herself. The woman’s name was Bathsheba; the wife of Uriah the Hittite. David was so enthralled by her beauty that he sent some servants to bring her to him. He then had relations with her and she became pregnant.

Uriah was a prominent man in the king’s army and David knew that his affair could lead to trouble, so he wanted to make it look like Uriah had been the one to have had relations with his wife. David made two attempts to lure Uriah into his home so that he would have relations with Bathsheba. However, Uriah refused to go into his own house, even when drunk, because he knew that the rest of the army were not given this comfort and did not feel right about it. This angered David, so he had Uriah put on the front lines in a battle that he knew would result in his death. Of course that is exactly what happened. Uriah was killed in battle, and David thought he had escaped a very sticky situation. He even went and married Bathsheba.

In steps Nathan, a prophet of God and best friend to David. He had received a message from the Lord:

2 Sam 1:1-4 “…There were two men in one city; the one rich, and the other poor. The rich man had exceeding many flocks and herds: But the poor man had nothing, save one little ewe lamb, which he had bought and nourished up: and it grew up together with him, and with his children; it did eat of his own meat, and drank of his own cup, and lay in his bosom, and was unto him as a daughter. And there came a traveler unto the rich man, and he spared to take of his own flock and of his own herd, to dress for the wayfaring man that was come unto him; but took the poor man’s lamb, and dressed it for the man that was come to him.

David became so enraged at the rich man who took the poor man’s ewe that he pronounced death on him and said that he should replace the ewe fourfold because he had shown no pity. Then came the piercing words from Nathan…

David had received all the riches the Lord had provided him and was even willing to give him more, but he took from someone who had little, but one ewe.
I believe this was probably the greatest battle of David’s life because he not only had Uriah killed and took his wife, but he also defied the Lord. In turn the Lord severely chastised him and even took the first child that him and his wife Bathsheba conceived. But God is merciful and He forgave David, and eventually gave him a son named Solomon, whom the Lord loved dearly.

Friends, we all have battles in life but lets fight them with the Lord and not against him. Lets not take things that are not ours to take. Lets not be thieves or murderers or defilers of any of God’s commandments. Lets be like David, but not as he was with Uriah and his wife Bathsheba. Lets be like him in the sense that we are someone after God’s own heart.
Let’s be followers of Christ and lovers of truth. That is my challenge to you this day. Thank you for reading and God bless.

Joel M. Bauer is a 45-year-old U.S. Army Veteran from Dunn, NC, which is just outside of Raleigh. After being honorably discharged from the U.S. Army, he attended school at Taylor University, a Christian liberal arts school, in Fort Wayne, IN, where he received his BS in social work and psychology. He has worked in such places as a homeless shelter, a community based treatment center for severe mental illnesses, a school for troubled students, and other social service agencies. His current endeavor is to build The Bottom Line website into a site that inspires both Christians and non-Christians alike, and brings glory to God.
Previous Turning From Abortion to Pro-Life
Next Exposed Before the Throne