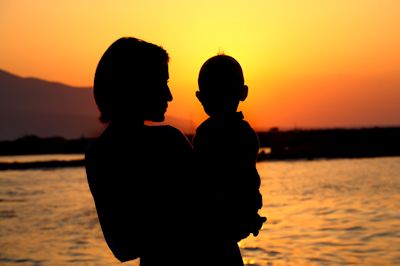 Turning From Abortion to Pro-Life

Turning From Abortion to Pro-Life

Abby Johnson worked at a Planned Parenthood clinic in Bryan, Texas for nine years, beginning as a volunteer and eventually becoming clinic director. She was named employee of the year in 2008. After watching an abortion on ultrasound at 13 weeks, which is too horrible to describe in this article, she resigned in October of 2009 and became a pro-life activist. She says, “I feel so pure…I don’t have the guilt, I don’t have the burden on me anymore.”

Among other pro-life endeavors Abby has a new non-profit ministry called “And Then There Were None,” the focus of which she defines as the first “national ministry to help abortion clinic workers transition out of the industry.” How successful has it been? In less than two years over 100 people have left the abortion clinics and joined her ministry. She has received dozens of calls from people wanting to get out, including one person who went to prison and saw her life transformed by the power and grace of God. This person was a former employee of Dr.Kermit Gosnell in Philadelphia, the man convicted of murdering live babies in 2013. Efforts by Planned Parenthood to retain its employees and keep them from joining forces with Abby Johnson are proving to be very difficult. Only God knows how many lives will be spared through this ministry.

How important is it that lives are saved and what is an alternative? Meet 18 year old Josiah Presley. Josiah is an abortion survivor! He is Korean but lives in Oklahoma with a family that has adopted ten children. His parents wanted to abort and he believes that “he may have been one of twins and the abortion doctor did not know that one baby had survived.” He has a disabled arm and says he survived by the grace of God. In his words, “I was saved from an untimely death and I was placed in a home where I was loved and cared for and learned about the love of Christ.” To Josiah every child is “important to God.” To both Abby and Josiah each life is precious. Jeremiah 1:5 says, “Before I formed you in the womb I knew you, and before you were born I consecrated you…”

Josiah has forgiven his parents and wants to meet them some day. He related his story and encouraged adoption as an alternative to abortion before an audience recently in Dublin, Ireland, which gave him a standing ovation.

John Livingston Clark is 67 years of age and lives in central Washington State. He has written two published books, and two published poems. His initial book is called, " God's Healing Hope: Breaking the Strongholds of Wrong Thinking." His second book, released in December of 2016, is a motivational book written to seniors titled, " Seniors: Are You Retiring or Recharging?" Both books are available on amazon. You can also view his writings on www.faithwriters.com. John is available to speak on a variety of topics. Visit me at jclarkministries.com
Previous Vote Right!
Next David’s Greatest Battle