Breaking News
Home / Faith / Declare the Decree: Using the Sword in Your Mouth 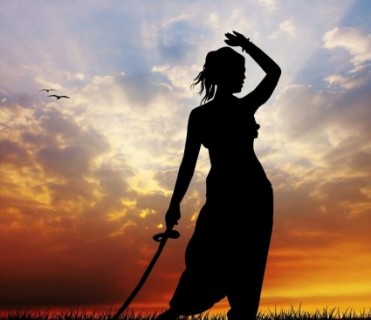 Use the sword in your mouth to declare decrees!

Declare the Decree: Using the Sword in Your Mouth

“Before I was born the Lord called me; from my mother’s womb he has spoken my name. He made my mouth like a sharpened sword.” (Isaiah 49:2)

Did you know that you have a sword in your mouth?

The Lord wants you to use the sword in your mouth to advance His kingdom. This is done by speaking the truth. It is done through worship. You use your sword when you prophesy. The Lord also wants you to proclaim–to declare His decrees–over impossible situations and over your family and community.

Job 22:28-29 affirms: “You shall decree a thing, and it shall be established for you: and the light shall shine upon your ways. When men are cast down, then you will say, ‘Be lifted up’; and he shall save the humble person.”

A decree is an opinion expressed with authority.  We are, according to Scripture, priests and kings! (1 Peter 2:9; Revelation 1:6). We have great authority in Christ!

Do you ever get angry righteously? Why allow sickness to continue when the Word of God says by His stripes we are healed?  Why be bound when Jesus has set you free?  Why dread the day ahead when God has given you the power to prophesy over it?

Emma Okorie says, “Elijah was flesh and blood.  He feared Jezebel, a woman, and ran for his life, desiring death.  Yet at Elijah’s decree, rain ceased for three and a half years. Fire came down from heaven and many other miracles happened. How long will you continue to suffer on account of the fact that you don’t know your rights? There is a fight to be fought, issues to be settled. Begin to issue decrees. Joshua did and Scripture notes there was: “no day like that when God hearkened to the voice of a man.”

Did you know that God’s spoken word, which created the universe, is just as powerful when it’s in your mouth? Romans 4:17 says, “He calls into being the things that are not as though they are.” We can call righteousness into existence!

The late Derek Prince, who lived for many years of his life in various Middle Eastern countries, said how dark these nations are and how difficult it was for the gospel to penetrate. He noted that every day, three times a day or five, depending on Sunni or Shiite tradition, millions of Muslims bow down and shout out prayers to Allah. What they’re actually doing is speaking out idolatries into the atmosphere because the prayers are not of Christ. This has a spiritual effect over the region. By contrast we can declare Scripture and the Lordship of Christ over an area, and consecrate a community for Him, changing its very atmosphere.

Now is the time for God’s people to draw the Sword of the Spirit. When a sword is drawn, it signals an offense is being launched. The enemy wants to intimidate Christians into keeping their swords carefully sheathed because the truth is deadly to his kingdom of darkness. Do you know why political correctness is such a force in our nation? It’s a spiritual agenda from hell that seeks to silence.

Psalm 149:5-6 says “Let the godly ones exult in glory; let them sing for joy on their beds. Let the high praises of God be in their mouth, and a two-edged sword in their hand.” In this passage, the double-edged sword comes in the context of God’s people worshiping Him. Again, the image of the sword is in conjunction with their open mouths.

It has been said that “grumbling and complaining is the worship of hell.” When we speak out our fears, we magnify them. When we complain, we speak death. Let’s begin declaring the opposite of what our eyes see!

How would God have you use your sword today?

Emily Tomko's radical encounter with the Lord while at a nightclub changed her life forever and inspired her first novel, College Bound: A Pursuit of Freedom. She is the author of seven books, including 31 Thoughts on Prophecy and Leaving the Shallows: igniting the faith that overcomes the world. Her tastes tend toward vintage and she's a Germanophile, having spent a year in Bremen and Nuremberg. Emily loves the scriptures and writes with fierce compassion and a deep desire to see people freed from the miry clay of this world and walking in the truth.
Previous Transformed To Immortality In The Twinkling Of An Eye
Next We’re A Lot Like Sheep: Peculiar