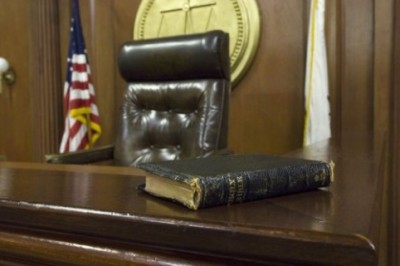 Did The Supreme Court Make The Right Decision With Gay Marriage?

Today, it’s all over the news. The Supreme Court has ruled that gay marriage is to be considered constitutional in all 50 states. Was this a wise decision? Was it even a fair decision? I’m going to attempt to respond to these questions in addition to looking at the implications of this extremely controversial decision.

Let’s set the record straight on a few things. First, the Holy Bible is very clear that homosexual behavior is an abomination and that those who practice such acts will not inherit the kingdom of heaven (Lev 20:13, Romans 1:26-27, 1 Cor 6:9). However, this doesn’t mean we can’t try to reach out to the LGBT community. Not just in addressing their sexuality, but in helping them to realize that they have worth and that God wants to do something great in their hearts, so that they can come into his kingdom (1 Tim 2:4).

With that being said, the LGBT community needs to listen to wise counsel. Sure they may have feelings for the same sex, but this does not mean there is validation in acting on them. You see, many times sin is attractive (Heb 11:25, Psa 10:4-5), but this doesn’t mean we should take the bait. The LGBT community has a responsibility to seek out the Creator and align themselves with His law (Rom 1:20).

I think this is where the problem often lies. The LGBT community and its supporters often don’t find reverence in God’s law, and in turn they go to a lesser law. That being the law of man. The Supreme Court may have declared that gay marriage is to be recognized in our country, but that doesn’t mean they made a wise decision. In turn, the Christian community needs to respond accordingly.

Who Owns the Rainbow?

I find it very interesting that the LGBT community uses the rainbow as their symbol of pride. This is because the rainbow is a promise from God that He will not flood the entire earth again like He did in the time of Noah when the people’s hearts were filled with sin (Gen 9:13-15). Shouldn’t this be a reminder to them that God is a God of both judgment and mercy? He may be allowing the LGBT community to sin for a time, but it’s going to catch up with them. Remember, God cannot be mocked, so please don’t use a symbol of purity to represent sinful behavior(Gal 6:7).

I’m sure many of you know the story of Sodom and Gomorrah, but allow me to give you a quick reminder. Ever wondered where the term “sodomy” came from? It came from the sexual immorality that was being demonstrated by these two cities. Abraham had petitioned God to spare the people of Sodom and Gomorrah, and God agreed to do so is there were as few as ten righteous men (Gen 18:32). Two angels were sent to Sodom disguised as men, and the men of Sodom pursued them intently (Gen 19:1-5). Their sinful lust was so great, that they even tried to break down the door to Lot’s house to get to the two angels until they were blinded (Gen 19:11). In the end, the cities were destroyed because of the wickedness with only Lot’s family, with the exception of his wife who looked back, being spared (Gen 19:24-26).

Now let me just throw something out there. I believe there are many righteous people in the United States, and that God may be sparing this country on behalf of those people. However, judgment will come and it will be righteous judgment. So live your life accordingly.

Give Respect to Get Respect

One of the things I struggle with is that the LGBT community wants to be recognized for their beliefs, but the majority of this community wants to stomp on the rights of the beliefs of others. They say that they want to be treated fairly and recognized for their beliefs, but they will sue a bakery for trying to do the same. I’m sorry, but this is wrong thinking and it is a breakdown in our legal system when we allow and encourage such behavior. Truth be told, if a business does not want to serve you on behalf of their faith and confidence in God, put on your big boy pants and go some place else that doesn’t mind serving you. There’s always someone out there who will be willing to take your money, and wouldn’t you feel better doing business with them? I’m not saying all of the LGBT community is like this. There are some that have stepped up and peacefully went someplace else. In short, if you want to get respect then give it.

When I was in Bible college, I interned for a social service agency that served those with HIV and AIDS. I enjoyed working with the clients and had no problem identifying with them as friends. However, there was something that was apparent. The majority of the clients, both male and female, practiced a homosexual lifestyle. So why am I telling you this? Well, when you support a particular behavior it’s going to become more rampant. This is partly because of the promotion of such behavior by the secular media. This not only desensitizes the sin, but also encourages society to “experiment.” When homosexual behavior is encouraged, you’re going to have a greater influx of disease (Gen 1:14-15). This doesn’t mean that straight people can’t spread disease, but I do believe that the Supreme Court has just broke open a can of worms and our healthcare system is going to be impacted by it. Can you guess who is most likely going to have to flip the bill for it?

Friends, this is a call to get involved. All believers are called to stewardship (1 Cor 4:1-2). This means not just making yourself aware of a situation, but in acting on it as well. If nobody does anything expect for those who are offending, then who do you think is going to impact our legal system the most? Responding negatively to the Supreme Court’s decision does not have to mean that you hate the LGBT community. I don’t hate them, but I certainly don’t agree with their lifestyle. In addition, we need to send a message to the Supreme Court that we will not have our faith trampled on. Let’s stand together in this.

Today, the majority of the Supreme Court made it clear that they do not reverence God’s law. I believe it is time for new leadership and we need to demand it. I’m not saying we should declare anarchy, but we do need to do more than just shake our heads at the television when announcements like these are made. We need to actively expose these “leaders” who are failing our country and bring up new leaders that are ready to fight for righteousness. If we don’t do this now, there is just no telling what state our dear country will be brought to, but we can be certain that it won’t be pretty.

Friends, God has called us to love others, and I think it’s important to discern the difference between loving others and turning our heads away from their sin. If we simply ignore it, it is not loving them, but rather encouraging their destructive behavior. Sure, they are ultimately responsible for the decisions they make, but this doesn’t mean that we cannot do our part is spreading truth. So let’s reach out to our legal system, the LGBT community, and to those who declare Jesus Christ, and do our best to see that truth and justice reign. Thank you for reading and God bless.

What are your thoughts on this subject? I want to hear from you!

Joel M. Bauer is a 45-year-old U.S. Army Veteran from Dunn, NC, which is just outside of Raleigh. After being honorably discharged from the U.S. Army, he attended school at Taylor University, a Christian liberal arts school, in Fort Wayne, IN, where he received his BS in social work and psychology. He has worked in such places as a homeless shelter, a community based treatment center for severe mental illnesses, a school for troubled students, and other social service agencies. His current endeavor is to build The Bottom Line website into a site that inspires both Christians and non-Christians alike, and brings glory to God.
Previous Where do your Treasures Lie?
Next Why Should I Strategically Organize My Kitchen?