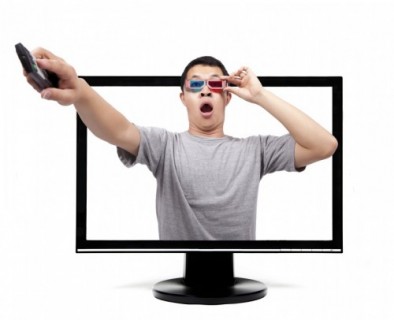 Do You Know It’s Real, But Still Decline the Offer?

3D movies have become such a popular trend in the American film industry. As if seeing something on a flat screen is not enough, moviemakers plus technology have made so many advancements in the way that an original 3D movie is seen. It’s as if the viewers cannot get enough of the adventure in their seats, they need the action brought forth into their viewing space, to make the movie come alive, as if everything they are seeing in front of their eyes is an unfolding reality.

Taken off guard by his own visions, King Nebuchadnezzar was privy to something three-dimensional, as well. Only for him, the dreams would become his reality. Awakened and disturbed by what he had seen, he called forth all of his wisest men and demanded that they not only interpret the dream, but also state exactly what happened. Something that was impossible to do, unless you had a relationship with the one true God as Daniel did.

Not only did Daniel interpret the vision, but he recalled with such preciseness that the king himself was shocked by Daniel’s words. Most amazing is the king’s reaction. He knew at that moment that Daniel’s God was the real deal, yet he was not ready to accept the truth. Not even after he had witnessed with his own eyes, three men of God walk out of a fire that was burning seven times hotter than the maintained temperature; there was not even the smell of smoke on their bodies.

His turning down a relationship with God continued even when his most closest advisor, Daniel, was thrown into the lion’s den by the king’s own decree only to come out with not even a scratch, and the lion’s mouths were closed.

How can a man who had witnessed so many miracles continue to decline the acceptance that God is real?

The answer is simple, pride.  It is what leads us to walk around in confidence believing that we are completely in control of the situation.  Pride keeps us from humbling ourselves before the one who created us, but God will never intervene with man’s free will. If He did, then He would be breaking His own promise. He is gentle and only He knows the way our hearts, if they are willing, are able to be humbled.

With Nebuchadnezzar, it took losing his kingdom and seven years amongst the birds and beast of the forest to humble his heart and declare “Now I , Nebuchadnezzar, praise and extol and honor the King of heaven, all of whose words are truth, and His ways justice. And those who walk in pride He is able to put down.” (Daniel 4:37)

How long will you continue to deny that God is real?  God pursues after you because He loves you.  If you are feeling that constant tug on your heart, that is God, desiring for you to start a relationship with Him.  He knows all that you have been through, the hurt, the pain, the heartaches.  He was there through it all.  He is real, and He wants to change your life.

Are you willing to let today be the day that you no longer deny his reality, but accept who he is; the One True King.

3D movies 3D technology Are you in denial? Daniel Does He love me? God is real He loves you Humble Is God real? Is Jesus real? Jesus is the real deal Miracles Nebuchadnezzar no thanks One True King pride pride goes before a fall stop denying the truth The book of Daniel Was Jesus a king? Was Jesus who he said he was? 2015-05-31
Renee

Tags 3D movies 3D technology Are you in denial? Daniel Does He love me? God is real He loves you Humble Is God real? Is Jesus real? Jesus is the real deal Miracles Nebuchadnezzar no thanks One True King pride pride goes before a fall stop denying the truth The book of Daniel Was Jesus a king? Was Jesus who he said he was?

is an author and editor for The Bottom Line Ministries as well as a member of Faith Writers. Currently she teaches high school language arts. She is a mom to four amazing blessings and enjoys every moment life has to offer. Renee has a fervor and drive to learn, she loves to read and spend time with her family, and is involved with her local church ministries. Humbled by God’s gift of words, she has a passion to write what the Holy Spirit has placed in her heart. She hopes to publish her in-progress book someday, but in the meantime, is honored to be placed as part of the TBL writing family and is holding on to the ride wherever God is leading. Renee and her family reside in their country home in Holland, Iowa.
Previous 6 Sure Ways to Reduce Food Waste (Part II)
Next Be Fearless in Battle