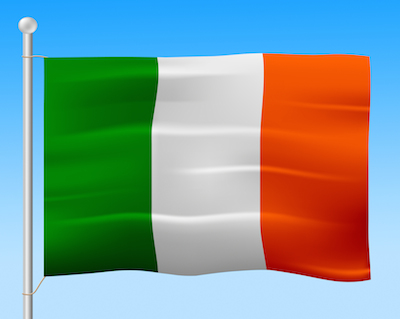 Does Ireland’s Decision on Gay Marriage Represent the Church?

The Republic of Ireland, one of the most devout and thoroughly Roman Catholic countries in the world, has just settled a controversial, popular referendum question–asking its citizens if the government will allow and endorse same-sex marriages.  In spite of recent Catholic bishop letters publicized (and read at recent church services), Irish people have decided to change their laws and allow for homosexual marriage by a fairly wide margin.

Ireland becomes the first country in the world to allow same-sex marriage, via a national referendum question. That said, this decision is truly that of the people.  This is unlike other countries where related national law has been set by either elected representatives or the judiciary.

In a country that is 87% Catholic (and a larger percentage Christian when Protestant groups are added), how is this outcome possible?  It shows many things, one being that there are many religious persons who are attending Mass regularly, yet do not follow the mandates of their clergy and other church leaders.  It has long been assumed the congregations in the Roman Catholic Church follow “lock-step” with the official Church stance on matters.  In this case, that is obviously not true.

Certainly, supporters of same-sex marriage here in the USA will point to this recent decision across the pond to bolster their argument that the same rights should be nationwide in this country.  This comes at a time when, in late June, the U.S. Supreme Court will decide, in many ways, the future of national marriage laws.

Ireland is the latest country to tinker with a redefinition of marriage within its society.  However, the Catholic Church in Ireland will still not perform any same-sex marriages within its churches.  Irish Catholic priests will not preside over same-sex marriage ceremonies, and seeing that most in Ireland are quite traditional in their customs, it is unclear exactly how many civil, same-sex ceremonies in Ireland will be performed.

How the Catholic bishops and priests in the country will react to the new law will be interesting to follow, from a Christian perspective and from a national “freedom of religion” perspective.   It also may further split the divide between Catholic teachings and the way of life of today’s Catholics.

How does this potentially effect our marriage debate here in the United States?  Does it change your own opinion on the subject?

Ken Lambert, D.Min, lives with his wife and twin boys in southern New Hampshire, and has written for a variety of religious and secular publications. He is co-author of Top Ten Most Influential Christians- since the Apostles, and is an adjunct instructor for Agape Seminary (Church History, Wisdom Books).
Previous Five Bible Verses to Help with Depression
Next Our Hope: Share Your Blessings