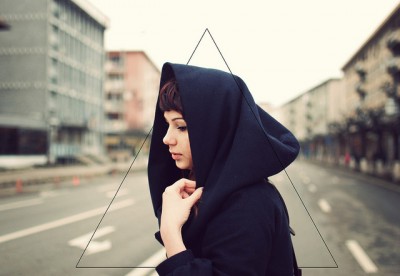 Having once lived about five miles from Salem, Massachusetts, the historical and famous “Witch City” is second nature to me.   As almost any resident within 50 miles of Salem, I have spent at least one Halloween night in all the craziness that Salem has to offer on what they deem a semi-sacred evening.

The importance of Halloween to this small city of 41,000 people is very clear, even if just from an economic and public safety standpoint.  During the month of October, Salem has over 250,000 visitors–and on Halloween day and night itself, over 100,000 curious attendees flock the streets there.  Many are from all over the United States, with some international tourists as well.  Why are all these people coming to Salem, and–is that a good thing?

The city and politicians of Salem have fully embraced their link to witches and witchcraft. Their town mascot is the witch.  A witch on a broomstick is emblazoned on all vehicles in the Salem Police Department.  Walking down the street it is very common to see witch museums, witch dungeons, witchcraft and occult stores/supplies and witch and new-age books and “gifts”.

This public embrace of witches and witchcraft seems odd. Webster’s defines “witchcraft” as:  1) the use of sorcery or magic, 2) communication with the devil or with a familiar being/spirit.  I’m not sure why the officials and/or the residents are apparently promoting communicating (allegedly) with Satan and/or with the dead.

Part of the reason, I believe, is related to the old adage: “nature abhors a vacuum”.  As fewer and fewer people are regularly attending (Christian) church, there are more and more people left to experiment and consider alternative worldviews and spirituality.  Everyone has to believe in something, even if something is nothing (atheism, agnosticism).   There are certainly more people today that believe in the occult and paganism (including witchcraft) than did 50 or 60 years ago.  This is a general societal problem and not just aimed at Salem.

The city elders will likely say that it is just honoring their local history–which did play a large role in Colonial America. The Salem Witch Trials, of 1692 and 1693, culminated in the executions of 20 (alleged) witches.  The trials came at a time of widespread conservative (Puritan) Christianity.  Today, it seems like tourists who visit the Witch Museum think that those colonialists back then were closed-minded, and intolerant.  Today most of the public would seem to not care whether someone is communicating with a demon.

Having been to the “big party” in Salem on Halloween, I can say that most of the tourists and visitors are there to simply have a good time and be part of the event and atmosphere. However, there is a darker undercurrent I believe.   Sure, plenty of what makes Halloween fun is its spookiness (old cemeteries at night, etc.), but in Salem you are not very far away from events and gatherings which seem to honor witches and black magic and the like.  And these are real witches; not the stereotypical cute eight-year old girl with a black hat and a broom, or a green-faced Wicked Witch of the West.

The revelers at “Witch City” appear to hold Halloween to the same (or greater) level as Christmas, or Easter, or Thanksgiving. This is unfortunate, but don’t necessarily blame Salem.  Rather, blame the tens of thousands of visitors who allow Salem to cash in on a controversial and unfortunate incident that took place over 300 year ago.

How do you feel about the cultural attitude toward witches and witchcraft?

Ken Lambert, D.Min, lives with his wife and twin boys in southern New Hampshire, and has written for a variety of religious and secular publications. He is co-author of Top Ten Most Influential Christians- since the Apostles, and is an adjunct instructor for Agape Seminary (Church History, Wisdom Books).
Previous Working Without a Net
Next Moving Works: Films About Jesus 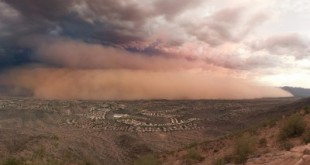 Ashes to Ashes, and Dust from Dust