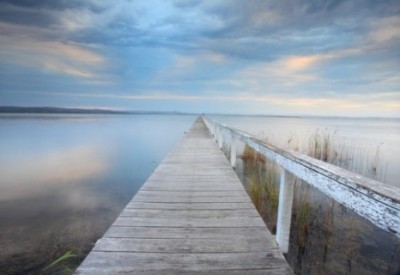 Encouragement Through the Journey

One of my favorite books in the Bible is God’s holy word through James. Filling up merely a sliver of the Bible in five chapters, it’s not the longest by far, nor is it the shortest. It is just right, as baby bear would say.

James is my go to author when I feel my anger monster at the surface:

…let every man be swift to hear, slow to speak, slow to wrath; for the wrath of man does not produce the righteousness of God. (James 1:19)

When I need encouragement through the journey:

…count it all joy when you fall into various trials, knowing that the testing of your faith produces patience. (James 1:2)

Or when the Holy Spirit convicts me:

For as the body without the spirit is dead, so faith without works is dead also. (James 2:26)

So many times I have turned and found comfort from God speaking to me through James. Although it is only five chapters long, hidden within each chapter between the lines are deep and compact messages worth coming back to.

Interestingly enough, James, Jesus’ brother, did not want to accept the truth his older sibling was proclaiming.  James was Jewish to the core.  He had a vision for the church.  He was said to have taken the Nazirite Vow- a way of drawing nearer to God to be used as an instrument for Him (To put it simply). He kept things together with the traditional members. Actually, he was almost dead set against believing Jesus’ words until he experienced the upper room and became filled with the Holy Spirit.

Maybe that’s why I can relate to James so well. I too was set in my religious ways. I had a vision for what church life was suppose to be like. I took a vow of conformation that promised to bring me closer to God and to do things for Him, but something along the way began to open my eyes even though I did not want to admit the change until I had a real encounter with the living and Holy God.

James is a continual reminder to me that as a Christian, life is full of temptations, trials, and waiting, but instead of giving in, giving up, and becoming impatient, I count it all a blessing. (James 1)  When you are frustrated with the dailiness of life, take a look into James and see if his words are able to be a balm to your wounded soul as they are to mine.

is an author and editor for The Bottom Line Ministries as well as a member of Faith Writers. Currently she teaches high school language arts. She is a mom to four amazing blessings and enjoys every moment life has to offer. Renee has a fervor and drive to learn, she loves to read and spend time with her family, and is involved with her local church ministries. Humbled by God’s gift of words, she has a passion to write what the Holy Spirit has placed in her heart. She hopes to publish her in-progress book someday, but in the meantime, is honored to be placed as part of the TBL writing family and is holding on to the ride wherever God is leading. Renee and her family reside in their country home in Holland, Iowa.
Previous Designed Differently for Oneness!
Next Jesus’ Heart Cry: Let the Children come to Me