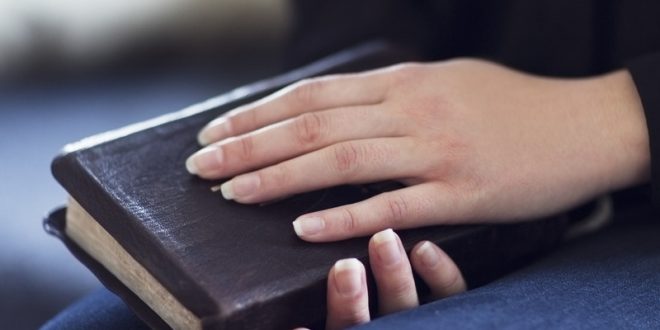 As people conduct their daily business as usual the reality is that there are five areas that have radically transformed the world we once knew. All of what will be said in this article applies on a global scale, but it is more evident in the United States because of its Judeo-Christian foundation.  One is the LGBTQ agenda. Two is the dramatic rise in Satan worship. Three is Islam. Four is the persecution of Christians. Five is apostasy.

The LGBTQ agenda, including gay marriage, has become acceptable by a large percentage of Americans. Particularly disturbing is how may so-called Christians have embraced same-sex marriage. Why are so many finding the LGBTQ agenda so inviting? There are public “celebrations” of Satan worship. A statue of the Old Testament pagan god of Baal, detested by God, is on display in New York City. Islam is being promoted in many classrooms across America. In 2016, for the first time in history, the U.S. was on the list of nations that persecutes Christians. Individuals, organizations, and Christian universities that one thought would never forsake Christian beliefs have done so. It is now considered hate speech to say that  Jesus is the only way to salvation. These are only small snippets of the overall picture of what is happening in America and around the world.

I believe the reasons why these five areas have infiltrated the American culture are found in several Bible verses.

I Timothy 4:1 warns, “But the Spirit explicitly says that in later times some will fall away from the faith, paying attention to deceitful spirits and doctrines of demons.”

II Timothy 3:1-4 says, “But realize this, that in the last days difficult times will come. For men will be lovers of self, lovers of money, boastful, arrogant, revilers, disobedient to parents, ungrateful, unholy, unloving, irreconcilable, malicious gossips, without self-control, brutal, haters of good, treacherous, reckless, conceited, lovers of pleasure rather than lovers of God.”  One phrase that really seems to stand out and applies to the culture of today is “haters of good.”

II Timothy 4:3-4 predicts, “For the time will come when they will not endure sound doctrine, but wanting to have their ears tickled, they will accumulate for themselves teachers in accordance to their own desires, and will turn away their ears from the truth.”

The only way to reverse this trend is to return to basic biblical teaching. Many Christians are not enduring sound doctrine. They are not standing by their convictions, if they had any to begin with. The false beliefs, evil practices, immorality, and apostasy, are all a result of the compromise or rejection of beliefs and values. Sticking firmly to sound doctrine is mentioned many times throughout scripture.

The real problem, however, is expressed in two verses from the Book of Daniel:

7:25 mentions “wearing down the saints of the Highest One.”

12:7 talks about “shattering the power of the holy people.”

Isn’t this exactly what is happening today? In far too many cases Christians are being worn down and living as if their power has been shattered! Have they become tired of bucking political correctness? Have they become weary of being thought of as intolerant or judgmental? Where is the boldness of the early Christians in the Book of Acts who lived under the same type of circumstances? Instead of standing tall for biblical truth and doctrine they are allowing themselves to be worn down to the ways of the culture.

Colossians 1:23 exhorts Christians to “continue in the faith firmly established and steadfast, and not moved way from the hope of the gospel…”  Hope is what the world desperately needs right now. We see end times prophecies being fulfilled right and left, and the world conditions seem to be getting worse by the day. In the midst of all of this, there must be the perseverance and faith of the saints taught in Revelation 13:10 and 14:12.

How about you? Are you enduring sound doctrine, established and steadfast, or worn down and bowing to the ways of the culture?

John Livingston Clark is 67 years of age and lives in central Washington State. He has written two published books, and two published poems. His initial book is called, " God's Healing Hope: Breaking the Strongholds of Wrong Thinking." His second book, released in December of 2016, is a motivational book written to seniors titled, " Seniors: Are You Retiring or Recharging?" Both books are available on amazon. You can also view his writings on www.faithwriters.com. John is available to speak on a variety of topics. Visit me at jclarkministries.com
Previous God’s Word on Waiting
Next A Good Name, or Gold?