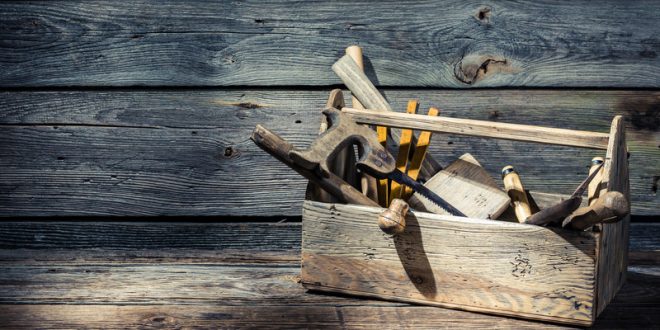 The young couple’s story began on a chilly Halloween night in 1930 while attending  a masquerade ball. The young man had left high school four years earlier to take a job with the local electric company, helping  his father make ends meet for a family with nine children. The young lady was a sixteen-year-old high school girl from a nearby farm who lived in the city and boarded at school. They became serious quite quickly, but much time would pass before they became man and wife.

The young man  was determined to have a well-built home complete with modest furnishings for his new bride. Early in their relationship he began to build a sturdy house with his own hands right next door to his own childhood home. After a four-year courtship, the young couple were finally joined together in October of 1934. If they were here today, they would both tell you it was worth their patient waiting!

The art of waiting patiently for a future desire or goal to materialize seems lost on our modern world, but in older times it was a necessity. Buying now and paying later was non-existent. If you wanted something, you had to wait and work towards your goal. But the art of waiting patiently for our dreams is not lost on God, and He never forgets His promises to those who wait for Him to answer their prayers.

The Book of Lamentations may not seem a likely place to look for encouragement when waiting is called for, but Lamentations 3:25 is one of those promises from God of His faithfulness:

The next time you find yourself waiting for something, watching as  time seems to creep slowly by, remember that the Lord is so very good to those who wait for His answer and put their hope in Him. Your answer is on the way!

My husband Dan and I have three children and three grandchildren. We live in central Illinois. I am a graduate of The Institute of Children's Literature, a member of faithwriters.com, and a member of SCBWI. My writings have been published at chirstiandevotions.us, in DevotionMagazine, the PrairieWind Newsletter, and here at thebottomline.co.
Previous Knocked Down But Not Out
Next Enduring Sound Doctrine In These Difficult Times