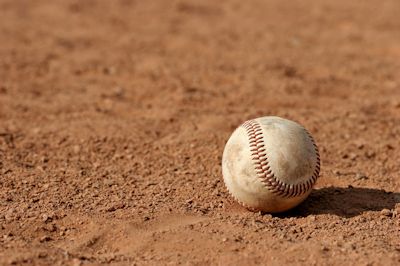 Behind the scenes of the 2014 World Series stood a giant of a man. To him winning baseball games is not the most important thing in life. Bobby Evans is the assistant general manager of the San Francisco Giants. In an interview with David Roach of the Baptist Press he said his most important role in his position with the ball club is to honor Jesus Christ.

Evans said that everything he does all starts with “where I am in my relationship with Christ.” He wants honesty and integrity to reflect in negotiating contracts, acquiring free agents, and signing minor league talent. His spiritual priorities don’t stop there. He brings his entire family to many of the home games and is up every morning to drop his kids off at school.

Something else that is a significant part of his life is church attendance. When the  Giants are on the road he doesn’t miss more than six to eight services a year. Even during spring training he flies back to San Francisco several times just so he can attend the First Baptist Church, where he has been on the leadership team for the past 18 years.

Bobby Evans has made honesty, integrity, family, and church attendance a priority in his role with the San Francisco Giants. This appears to have paid off for the ball club too, and not just in games won and World Series championships. Working alongside the team chaplain some players have come to know Jesus and marriages have been restored.

This story is not about managing a baseball team as much as it is managing life itself. Bobby Evans is truly a leader in every respect. He has “stepped up to the plate” to assume his role as a father, husband, and Christian. He has set an example for the entire world of sports but would give all of the glory to the God he loves and serves. San Francisco is fortunate to have him as a manager, for he wears the title quite well-a giant of a leader.

John Livingston Clark is 67 years of age and lives in central Washington State. He has written two published books, and two published poems. His initial book is called, " God's Healing Hope: Breaking the Strongholds of Wrong Thinking." His second book, released in December of 2016, is a motivational book written to seniors titled, " Seniors: Are You Retiring or Recharging?" Both books are available on amazon. You can also view his writings on www.faithwriters.com. John is available to speak on a variety of topics. Visit me at jclarkministries.com
Previous At A Glance: Judging With Fairness
Next The Many Branches of the Occult