Breaking News
Home / Faith / The Many Branches of the Occult 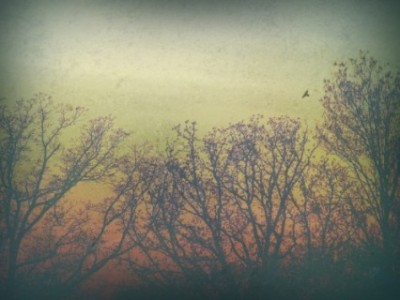 The Many Branches of the Occult

In my previous article I talked about the dangers of the occult. The word occult means secret or hidden. It refers to tapping into the spiritual realm outside of the one true living God. The occult has a variety of branches and is far-reaching in influence. Scripture strictly forbids any contact with the occult, and such contact opens the door to evil spirits.

The Bible has warnings about engaging in occult activity, as well as examples of occult practices. Below are just a few examples:

In Exodus 7:8-13 Moses and Aaron confront Pharaoh, telling him to let God’s people go. Aaron throws his rod to the ground and it is turned into a snake. But the sorcerers of Egypt are also able to perform this same supernatural act, using their “enchantments.” In the end, Aaron’s rod-turned-snake swallows up the Egyptian’s.

In Acts 8:9-12, Philip the evangelist goes into Samaria and preaches the gospel. A sorcerer named Simon was there who had previously led many astray through his magic arts.

In Acts 16:16-18 Paul comes into contact with a woman who is telling fortunes through the power of an evil spirit. Paul casts the spirit out of her and she loses this psychic power.

The following list of occult activities is by no means comprehensive. I organized it in broad categories of the main branches of the occult, and then listed some practices that are similar or related. Note also that there is often overlap with the various categories listed:

If you have been involved in occult practices, it is important to make a clean break and get free from all occult influence. Repent of your involvement, turning completely to God and receiving His forgiveness. Completely renounce all occult activity and get rid of any occult materials you have (In Acts 19:19 they burned there occult books). Resist the devil, commanding any evil spirits associated with the occult to leave you for good.

The power of the blood of Jesus will wash over you and set you free!

Jake Kail is a teacher, author, and speaker who is passionate for the kingdom of God. He was called into ministry during his college years, after a life-changing encounter with God. The focus of his ministry is on teaching and equipping believers, strengthening local churches, and seeing awakening and restoration come to the church. He also ministers often in the area of deliverance from evil spirits, seeing people set free from bondage, torment, and oppression. Jake is the author of three books: Restoring the Ministry of Jesus, Can a Christian Have a Demon?, and Abiding in the Vine. He speaks at churches, retreats, conferences, and other venues. Jake lives with his wife and family in Lancaster, PA where he serves on the pastoral team at Threshold Church. Check out Jake’s website and blog here: http://www.jakekail.com.
Previous Faith, Family, and The San Francisco Giants
Next Safe and Secure