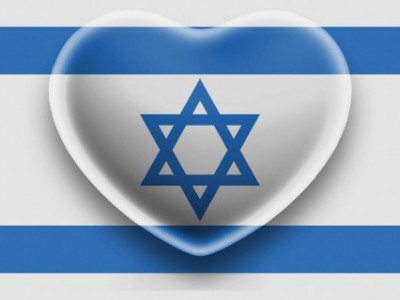 Five Ways to Bless Israel (and Bless Yourself)

“I will bless those who bless you, and whoever curses you I will curse; and all peoples on the earth will be blessed through you,”

God said this to Abraham when He made a covenant with Him (Genesis 12:3). God is in the business of keeping His covenants, and His words to Abraham are as true today as they were thousands of years ago.

Blessing Israel is a simple and effective way to bless God, as well as bless yourself. Here are five ways you can do this:

Give to Israeli charities. There are many well-known NGOs that care for the poor in Africa, South and Central America, and Asia, but I had no idea where to sow alms into Israel. When I asked The Lord, He led me to an in-depth article written by Charisma Magazine that thoroughly outlines some of the most prominent pro-Israel  organizations.

Invest in Israel financially. Secular financial experts are taking note of Israel as a rising star in the global market. Israel’s currency was recently listed as a safe haven for investments in the face of an uncertain economic future. With Israel soaring in technology, military equipment, medicine, and start-up businesses, what a wonderful opportunity for Christians to “put their money where their mouth is” and at the same time anticipate reaping the material blessings they sow into Israel.

Pray that your government supports Israel. The current US administration’s stance on Israel is dismal to say the least. No previous president since Israel’s founding has done more to strain relations or to make allies of Israel’s most hostile enemies. This has extremely serious consequences for the United States.

Speak up for Israel. Antisemitism is fashionable again. When I’ve spoken up for Israel or the Jewish people, I’ve sometimes drawn fire even from friends on social media. Jesus is a Jew. When we see Him in heaven, He will still be the Lion of the Tribe of Judah (Revelation 5:5). When we stand before Him, “the King will reply, ‘Whatever you did for the least of these brothers, you did for Me'” (Matthew 25:40).

Will you take a moment to ask the Lord how He would have you bless Israel?

Emily Tomko's radical encounter with the Lord while at a nightclub changed her life forever and inspired her first novel, College Bound: A Pursuit of Freedom. She is the author of seven books, including 31 Thoughts on Prophecy and Leaving the Shallows: igniting the faith that overcomes the world. Her tastes tend toward vintage and she's a Germanophile, having spent a year in Bremen and Nuremberg. Emily loves the scriptures and writes with fierce compassion and a deep desire to see people freed from the miry clay of this world and walking in the truth.
Previous Does The Truth Really Matter?
Next How to Recognize the Holy Spirit