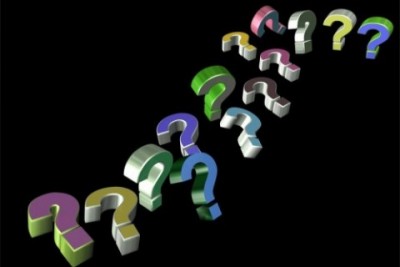 Does The Truth Really Matter?

It started with an internet search to find unusual Bible passages, but the information that appeared was unexpected. Not only were the verses displayed on some sites taken out of context, no consideration for the verses around them or the Bible as a whole, but Christ was depicted as mean-spirited and God a tyrant! What does the Word of God say to us? Does the truth really matter?

Let’s consider the following verses together, along with their interpretations on various websites:

Here, according to some, Jesus is accused of “making” family members hate each other, and it is suggested that His coming to earth was to destroy families.

My son, hear the instruction of your father; reject not nor forsake the teaching of your mother. (Proverbs 1:8)

If Jesus wanted to destroy the family, He would not encourage children to obey their parents, bringing unity to families. The family was God’s design from the beginning, not man’s.

He who troubles his own house shall inherit the wind, and the foolish shall be servant to the wise of heart. (Proverbs 11:29)

It’s not a popular truth, but we must take responsibility for our own families as the above Scripture instructs. This is never easy–going against the pride of our human nature. But it is sin that can destroy families.

According to some unbelievers, Jesus talked of things while on earth that He knew nothing about.

But of that day or that hour not a [single] person knows, not even the angels in heaven, nor the Son, but only the Father. Mark 13:32

Taking one Scripture and pulling it out from all that surrounds it will not bring the whole truth of what is being said. It is no different than a teacher studying just part of their curriculum, then expecting their students to know everything the textbook teaches. And what medical student would take just a few paragraphs from a medical book without considering all the information around them, then think they were ready to save lives?  In Mark 13,  Jesus is talking about the day of His return to earth. Only the Father knows when that day will be.

Another questionable area concerning God’s Word suggests that when Jesus shared parables, He did so in order to confuse people, thus ensuring their damnation to hell.

And He said to them, To you has been entrusted the mystery of the kingdom of God [that is, the secret counsels of God which are hidden from the ungodly]; but for those outside [of our circle] everything becomes a parable, In order that they may [indeed] look and look but not see and perceive, and may hear and hear but not grasp and comprehend, lest haply they should turn again, and it [their willful rejection of the truth] should be forgiven them. (Mark 4:11-12)

At some point in time, willful rejection of the gift of salvation time and again will have its desired end–separation from our Creator. In the passage below, we see God’s desire for the eternal destiny of all mankind.

The Lord does not delay and is not tardy or slow about what He promises, according to some people’s conception of slowness, but He is long-suffering (extraordinarily patient) toward you, not desiring that any should perish, but that all should turn to repentance. (2 Peter 3:9)

In a search for the truth about what the Bible says, we must study it as a whole. In a fair argument, most would agree with this view.  As part of this search, one would want to include the testimonies of others who believe in Christ and have trusted Him as Savior, as well as learning for themselves Who God the Father is, and what His Character consists of through His Word.

One verse in the Book of John, familiar to most, sums up how God feels about His creation:

For God so greatly loved and dearly prized the world that He [even] gave up His only begotten (unique) Son, so that whoever believes in (trusts in, clings to, relies on) Him shall not perish (come to destruction, be lost) but have eternal (everlasting) life. (John 3:16)

The truth is that you are greatly loved and dearly prized by God! At The Bottom Line Ministries, we care about the truth. How can we help you with your questions about the Bible and your search for the truth?

My husband Dan and I have three children and three grandchildren. We live in central Illinois. I am a graduate of The Institute of Children's Literature, a member of faithwriters.com, and a member of SCBWI. My writings have been published at chirstiandevotions.us, in DevotionMagazine, the PrairieWind Newsletter, and here at thebottomline.co.
Previous So, You Are A Christian?
Next Five Ways to Bless Israel (and Bless Yourself)