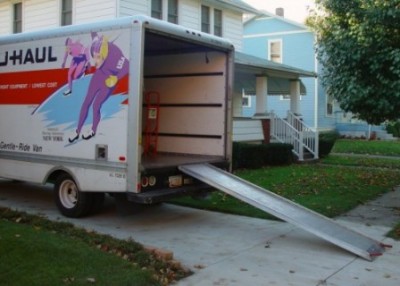 Tears flowed as the news slowly poured from our ears into our hearts-our pastor and his family…moving….God’s leading not theirs. As the news sunk in, so did my selfishness. Why do they have to leave Lord? Doesn’t he know how much he is needed here for our families? How much my kids love them and how much I love his wife? Then the story came.  God’s vision and voice to his heart heard…solidly confirmed. No denying the truth. God was moving in great waves through our small town church family. Change is about to come.

Today was the last day for our Pastor who led his flock through the chaos. A mourning process continues to reign for some. While a few sheep cry tears of sorrow, others are crying tears of joy knowing that our leader who not only cried out for his flock to act upon their faith, is leading by example, no turning back. No turning back.

We may not understand exactly what God is up to or what it all may look like, but in order to find out what’s in store, we must obey to God’s calling. A total surrender to the One who knows us better than we know our selves or anybody else who claims to understand who we are.

Just like Abraham and Isaac, neither one understood what was to come, but they both knew a sacrifice was to take place. Instead of questioning they both walked, literately, in obedience to the alter.

Noah. Now there’s a man whom people would eventually call insane. Who builds an enormous ark to protect themselves in the desert? After 100 years, you would think that the neighbors would have passed along the traditional slogan to their families…”No son, you cannot play with Noah’s boys. We don’t play with them since they’re a little wacked out over there waiting for a flood in the desert.”

Crazy strange ideas come from God so we understand that they are from God because they are so far from what the world suggests that we should do. Who else would tell the Israelites a strategy of attack that includes circling around the city walls in silence for seven days and then shouting at the walls when they were done?

An act of obedience is never easy. If it was, wouldn’t the world look a little different?

Although our great Pastor is leaving his sheep to another shepherd, he has chosen wisely by surrendering everything he has to act in obedience to the King. He and his family have no idea what life ahead looks like, but they do know that the One who is faithful and true will never lead them astray. The best part about Pastor and his family leaving is the exciting new adventure that awaits us all.

is an author and editor for The Bottom Line Ministries as well as a member of Faith Writers. Currently she teaches high school language arts. She is a mom to four amazing blessings and enjoys every moment life has to offer. Renee has a fervor and drive to learn, she loves to read and spend time with her family, and is involved with her local church ministries. Humbled by God’s gift of words, she has a passion to write what the Holy Spirit has placed in her heart. She hopes to publish her in-progress book someday, but in the meantime, is honored to be placed as part of the TBL writing family and is holding on to the ride wherever God is leading. Renee and her family reside in their country home in Holland, Iowa.
Previous Facebook Fix
Next Stopping The Bullying: A Story To Warm Your Heart