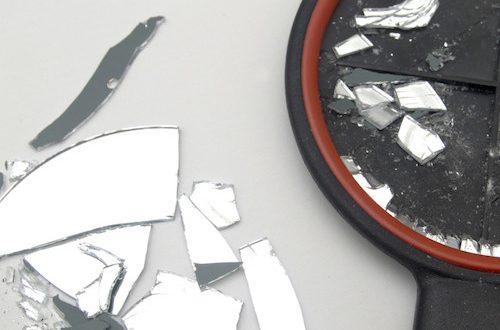 The beginning of all sin starts with denying God, refusing His grace, wisdom, parental guidance and discipline. Romans 1:18-32 shows the progression of sin, from denying God to total societal collapse. The Bible warns us of what the consequences of a society denying God is, and what it will lead to and that is what this series will explore.

Romans 18-20, “For the wrath of God is revealed from heaven against all ungodliness and unrighteousness of men, who by their unrighteousness suppress the truth.  For what can be known about God is plain to them, because God has shown it to them.  For his invisible attributes, namely, his eternal power and divine nature, have been clearly perceived, ever since the creation of the world, in the things that have been made. So they are without excuse.”

One form of the wrath of God is His letting us live with the consequences of our actions. He takes His restraining hand off of us and lets us live the sinful life we want. Those consequences have a snowball effect, with each building upon the other until sin permeates everything we do.

Just as the greatest commandment is to love God with all one’s heart, the greatest sin is to deny God. Why is this? Because God is the beginning of all things, including morality. Take God out of the equation and man ceases to be the image of God, which means man becomes just another animal, a collection of cells or according to the evolutionary worldview–a cosmic accident.

When man is just a cosmic accident, there are no moral absolutes or truth. It all becomes relative to the individual; and a moral relativist will justify anything and everything, no matter how depraved an action may be. By denying God, who is the source of all truth, man begins the snowball effect that leads to moral anarchy and if taken to its logical extent, total societal insanity.

Being created in the image of God means we have stamped upon our souls a innate knowledge of the existence of God and a knowledge of good and evil. Denying God, we deny being His image and that suppresses our conscience, which God uses to regulate our behavior. This suppression of the conscience has a devastating effect on one’s ability to not only determine good from evil, but effects the ability to reason as well.

It is clear from examining the created order that there is a creator and the irrationality that comes from denying that creator leads to an inability to understand the higher spiritual truths God has revealed to us. Without those spiritual truths, man is lost in sea of confusion and will start to define his identity and purpose in life by his appetites. Man’s primary appetites are to consume and procreate. Left unchecked, the things that are meant to sustain life, become dark and twisted.

Romans 1:21, “For although they knew God, they did not honor him as God or give thanks to him, but they became futile in their thinking and their foolish hearts were darkened.”

The strongest appetite in man is the need to consume, so that is what becomes corrupted first. Without spiritual truth, man embraces spiritual falsehoods which he creates out of his distorted reason. He invents reasons to be self-centered and turns these reasons into philosophies and ideologies. These worldviews dictate his choices and those choices are to feed his need to consume, even at the expense of others.

When we combines a denial of man being made in the image of God with an out-of-control need to consume, we end up with ideologies like capitalism and communism which result in mass death and enslavement to consumerism. By adhering to such ideas, we darken our hearts to spiritual truths and as a result we create  a world where material things and the need to consume are of greater importance than human life.

From the gulags and murder of millions during the  Holodomor committed by the Communists, to the mindless consumption brought about in capitalist nations, we have created justifications for our greed and self-interest. We have in fact replaced the glory of God with the image of things, just as the Bible said we would if we denied God and abandoned the worldview that says we are made in His image.

Romans 1:22-23, “Claiming to be wise, they became fools,  and exchanged the glory of the immortal God for images resembling mortal man and birds and animals and creeping things.”

So the question you must ask yourself is this: Do you see others as being created in the image of God and how does seeing others like that effect your choices?

In Part 2 I will show how the snowball, effect caused by denying God, progresses toward sexual sin and the problems that causes.

Jonathan Kotyk is a student, self taught philosopher, recovering addict and born again Christian. He has spent time on both the far Left and Far Right side of the political spectrum and lives in Canada.
Previous You Can Win In Your Storm
Next This Same Jesus (A Reading)