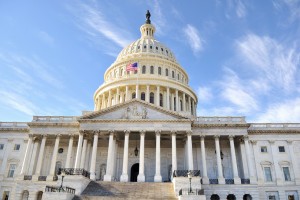 God desires us to pray for leaders that we may lead peaceful and godly lives.

There is a paralyzing confusion plaguing many Christians about God’s desire for government. Many believers expect political leadership to worsen and think nothing can be done about it except to hold on to what we have until Christ returns. Some Christians consider corrupt government a latent blessing because it often leads to persecution, which in turn purifies the church. But this is not what the Bible teaches.

“First of all, then, I urge that supplications, prayers, intercessions, and thanksgivings be made for all people, for kings and all who are in high positions, that we may lead a peaceful and quiet life, godly and dignified in every way,” (1 Tim. 2:1-2, ESV).

Notice what Paul says: “First of all.” Before anything else, of prime importance, he wants this to be a priority: we are to pray, intercede, petition heaven, and thank God for all people, namely leaders and all who are in high positions.

When you gather to pray, whether on a Sunday morning with your church, in a small group or by yourself during time alone with God, do you first pray for rulers in government? It has been my experience, praying in many different settings and with a variety of believers, that government is one of the most neglected prayer topics of all.

Paul, in his letter to Timothy, goes on to explain why praying for government is a priority: “ … that we may lead a peaceful and quiet life, godly and dignified in every way.” We see by this that God’s goal for our lives is peacefulness, godliness, and dignity (the Greek word used here suggests honor and sanctity of life).

When one of America’s presidents was caught in a scandal but remained in office, I distinctly remember a girl with whom I went to school doing something unethical and excusing it saying, “Hey, if the president’s allowed to do it, so am I.” A lawless leader encourages lawless citizens.

Strong leaders affect not only their own nations, but the world as a whole. William Wilberforce was a devoted Christian and parliament member whose strong voice brought about the end of the slave trade in Britain; his actions spurred on abolitionists in North America as well. Contrast a Neville Chamberlain (British prime minister who emboldened Hitler) with a Winston Churchill. Likewise the Iron Curtain of communism did not come down on its own. It was the prayers of the saints activating pressure from free nations that led to the collapse of this form of slavery.

Weak or lawless leaders hurt not only their own citizens, but the world at large. We see this in today’s climate of terrorism. Proverbs 29:2 says, “When the righteous are in authority, the people rejoice: but when the wicked rule, the people groan.”

Here’s a question the Holy Spirit has been asking me: “What if you prayed for your leaders as much as you complained about them?”

Emily Tomko's radical encounter with the Lord while at a nightclub changed her life forever and inspired her first novel, College Bound: A Pursuit of Freedom. She is the author of seven books, including 31 Thoughts on Prophecy and Leaving the Shallows: igniting the faith that overcomes the world. Her tastes tend toward vintage and she's a Germanophile, having spent a year in Bremen and Nuremberg. Emily loves the scriptures and writes with fierce compassion and a deep desire to see people freed from the miry clay of this world and walking in the truth.
Previous Ten Life Principles For Success
Next How To Personally Apply the Truth