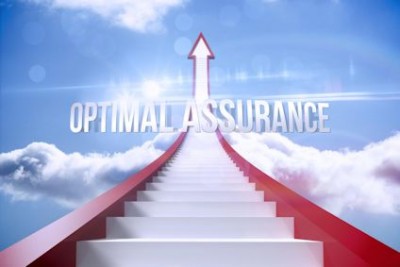 Having A Confident Assurance Of Going To Heaven

It has been reported that at a recent news conference journalist Chris Health asked Donald Trump if he believed in heaven and was going there. Trumps response? “I hope so. That’s what I strive for” with a “pretty good” chance of making it.

This dialogue brings to the surface several key points, and it is representative of the beliefs of many Americans. So, is heaven something that must be earned or worked for? Is there some basis of belief that says a person can know with confidence that he or she will be spending eternity in such a place? The Bible says so. I John 5:11-13 says, “And the witness is this, that God has given us eternal life, and this life is in His Son. He who has the Son has the life; he who does not have the Son of God does not have the life. These things I have written to you who believe in the name of the Son of God, in order that you may know that you have eternal life.”

This passage states that it is possible to have a confident assurance of going to heaven. It is found through Jesus Christ, not through works or living a good life, or even by being religious and going to church. It comes through making a conscious decision to accept the saving grace of Jesus who died on a cross and rose from the dead, thereby entering into a personal relationship with one’s creator. Going to heaven results from humbly coming to God with the realization of what Jesus has done for you, personally. Ephesians 2:8-9 sums it up this way: “For by grace you have been saved through faith, and that not of yourselves, it is the gift of God; not as a result of works, that no one should boast.” The best, and most moral and religious person in the world will not go to heaven unless they put their faith and trust in Jesus Christ. And the worst person in the world will not be denied entrance to heaven if they repent of their sins and confess Jesus as their Lord and Savior. It is my prayer that Donald Trump and millions of other Americans will make this decision today.

A person does not have to think that they have a “pretty good” chance of getting to heaven. The inspired Word of God says that you can know for sure where you will spend eternity. Where will you be going after you pass from this earthly life, and on what do you base that, a human philosophy or an inspired source of divine truth? If you know for sure you are going to heaven click on “like.”

John Livingston Clark is 67 years of age and lives in central Washington State. He has written two published books, and two published poems. His initial book is called, " God's Healing Hope: Breaking the Strongholds of Wrong Thinking." His second book, released in December of 2016, is a motivational book written to seniors titled, " Seniors: Are You Retiring or Recharging?" Both books are available on amazon. You can also view his writings on www.faithwriters.com. John is available to speak on a variety of topics. Visit me at jclarkministries.com
Previous “I Can Do It Too”: A Future of Men with Wombs
Next Book Review of “Luther and Katharina: A Novel of Love and Rebellion”