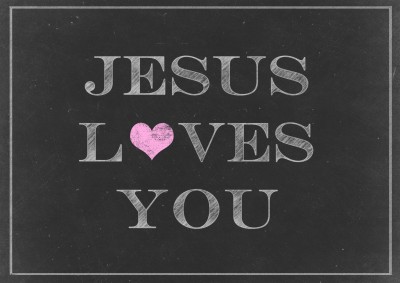 When the earthquake struck in Nepal a few days ago, video footage showed people going about their day as usual.  Tourists were sightseeing and snapping photos.  Natives were walking to work or to a friend’s house to visit.  Children were playing in the streets just as innocently as any other day.  No one knew what the next few seconds held for their futures.  No one was prepared, although some were more fortunate than others, for the death and devastation of the impending quake.  Much of what they believed permanent, was gone within seconds–including loved ones.

In Luke:21:6, Luke relates Jesus’ discussion with the Jews about the beauty of their temple.  He stressed the point that it was only temporary and would one day be leveled.  Afterwards, His disciples and followers pressed Him for more details.  Not many times did Jesus plainly and specifically answer their questions.  This time He did.  His words are sobering and more understandable today than back then.

3. Don’t be terrified by rumors of war because it will be a while before that becomes reality.

4. There will be national conflicts and kingdom conflicts, earthquakes in various places, famines, contagious outbreaks, and sights in the heavens that will scare you nearly to death.  (Luke 21: 8-12)

Jesus said that before this level of evil kicks in, “they” (the enemies of Jesus)  will physically lay hold of you, persecute you, drag you before the authorities, and throw you in prison because of Me.  He stressed to them that at that time He would be present with them as the Holy Spirit, that the evil against them wasn’t going unnoticed, and that their plight would count “for” them.  He encouraged them to be prepared by settling the matter, before hand, at the heart level.  He told His followers to count on the Holy Spirit to fill their mouths with words and wisdom that the perpetrators could neither deny or resist. He warned that betrayal would come even from one’s own family and friends. (Luke 21: 12-15)

Luke spoke from a 2,000 year old point of view.  The current state of affairs in this world is looking very much like what Jesus was describing.  I believe He is saying it for our benefit.  He told it to them the way we need to hear it.  People today are the current “them”, “Christ followers”, and “you”.

Jesus goes on to warn of more atrocities looming ahead. (Luke 21: 20, 24-28) Don’t get so wrapped up in this life that you loose sight of what is transpiring before your very eyes.  (Luke 21:34)    Jesus is returning for His own very soon, very soon indeed.  Choose today to invite Jesus into your life as forgiving Savior, Lord, and Friend.  He is waiting.  What is here today could very well be gone tomorrow.

How are you getting ready? Are you watching and praying that you may be accounted worthy to escape all these things that shall come to pass, and to stand before the Son of man? (Luke 21:36)

I just love walking outdoors - day or night. I identify most with the creative side of God and am energized by His artistry all around this world. He amazes me every time I turn around! Yeah, God and thank you, Jesus.
Previous Restoring Holiness in Holy Matrimony
Next The Material for Spiritual Transformation