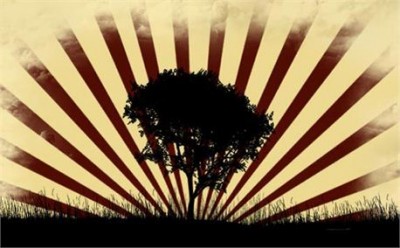 How Satan Draws People into the Occult

One of the ways that Satan is at work in the world, is through the influence of the occult. The occult refers to hidden and secret arts; any attempt to gain supernatural knowledge or power outside of the One true God. The occult has many branches, and is far-reaching in influence. (See this article for an overview of the occult and its dangers. Click here for descriptions of the various branches of the occult).

It goes without saying that any involvement in the occult is spiritually dangerous. It is one of the easiest ways to come under demonic influence. Whether people realize it or not, the occult is a direct invitation for evil spirits to infiltrate their life. Yet, many are drawn to the occult in either subtle or overt ways. Why is this so?

The devil is a master at deception. His true motives—to steal, kill, and destroy—are not usually seen until a person is in too deep to get free. As I have ministered to people coming out of occult influence, I have noticed this pattern: At first, involvement in the occult seems harmless and even “fun.” But the deeper a person gets, the more dark it becomes and the more control it has over them.

Satan always has some sort of bait to draw people in. We see this in his interaction with Adam and Eve in the Garden of Eden:

Then the serpent said to the woman, “You will not surely die. For God knows that in the day you eat of it your eyes will be opened, and you will be like God, knowing good and evil.” So when the woman saw that the tree was good for food, that it was pleasant to the eyes, and a tree desirable to make one wise, she took of its fruit and ate. She also gave to her husband with her, and he ate.
-Genesis 3:4-6

The devil made the forbidden fruit as attractive as possible, but he did not reveal the poisonous effects it would have. In the same way, he will appeal to people in many ways in order to draw them into the occult. He will lure them through their curiosity into dark and mysterious things. He will draw on their need for significance. He will attract them with the promise of supernatural power, influence, or control. He will play on their wounds and insecurities.

Whatever bait that Satan uses, it is only a lure to get a person trapped in darkness and bondage. Once trapped, he will use and abuse the person and keep them in chains. Only after you “eat the fruit” do you realize how harmful and poisonous it is.

Don’t take the enemy’s bait! Keep yourself away from occult influence, and do not give any place to the evil one.

The good news is that Jesus came to save us and set us free. If you have been lured into the occult, there is a way of escape. As you repent, surrender your life to Jesus, and call on His name, He will deliver you from the deception and power of occult bondage!

Jake Kail is a teacher, author, and speaker who is passionate for the kingdom of God. He was called into ministry during his college years, after a life-changing encounter with God. The focus of his ministry is on teaching and equipping believers, strengthening local churches, and seeing awakening and restoration come to the church. He also ministers often in the area of deliverance from evil spirits, seeing people set free from bondage, torment, and oppression. Jake is the author of three books: Restoring the Ministry of Jesus, Can a Christian Have a Demon?, and Abiding in the Vine. He speaks at churches, retreats, conferences, and other venues. Jake lives with his wife and family in Lancaster, PA where he serves on the pastoral team at Threshold Church. Check out Jake’s website and blog here: http://www.jakekail.com.
Previous What Not to Say to a Couple Struggling with Infertility
Next Sadie Robertson Launches Modest 2015 Spring Fashion Line with Sherri Hill