Breaking News
Home / Faith / If You Won’t Obey Good Authority, You’ll Have to Submit to Bad 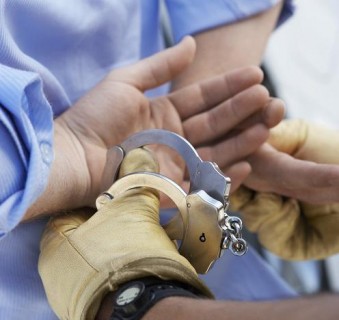 If You Won’t Obey Good Authority, You’ll Have to Submit to Bad

A friend who volunteers his time with delinquent youth told of a frustrating problem he kept encountering. As he tried to counsel these young people who’d messed up, he kept running into a wall of bitterness.  Many of them had been treated roughly by law enforcement upon arrest and detainment. My friend couldn’t seem to get through to these youth because they were full of hatred toward authorities.

One day, he asked God to tell him how to respond. God told him to say to the youth, “Because you refused to come under the authority of those who loved you, you put yourself at the mercy of the authority that doesn’t.”

When the young people would hear this response, they knew, very often, that it was absolutely true.

It has been fashionable for quite some time to be hostile toward law enforcement. However, in just the last few years, police hatred is being openly encouraged by much of the media, with the press ignoring the staggeringly larger problem of black-on-black violence and focusing on scenes from Ferguson and Baltimore. The mayors of both Baltimore and New York actually encouraged violence, the latter leading to the shooting deaths of two officers. A local teenager of my rural hometown recently told me that her friends “call cops all kinds of dirty names,” indicating this hostility isn’t isolated to the cities or by race.

Have you considered the long-term effects of negative mindsets toward police, spearheaded by the prince of the power of the air (Ephesians 2:2), through his servants in the media and even in government? Studies show fewer people are going into law enforcement. What happens when police are afraid to respond to criminals because they might get framed for racism? What happens when local police can’t control rioting populations, and a nation’s military starts governing the population?

“Have confidence in your leaders and submit to their authority, because they keep watch over you as those who must give an account. Do this so that their work will be a joy, not a burden, for that would be of no benefit to you” (Hebrews 13:17).

Good authority is not perfect authority.  Even those of us who’ve had good parents often have to let go of resentment for mistakes they’ve made. Likewise, some of us have had negative experiences with teachers, law enforcement, and even church leadership. It’s easy to focus on the negative. However, if you have ever been detained by police in other areas of the world, bribery and corruption are rampant. Compared to many other nations, we have been shown incredible mercy by our police, judges, and legal system.

What authority in your life have you harbored rebellion toward? How is God calling you to show respect to an authority figure?

Emily Tomko's radical encounter with the Lord while at a nightclub changed her life forever and inspired her first novel, College Bound: A Pursuit of Freedom. She is the author of seven books, including 31 Thoughts on Prophecy and Leaving the Shallows: igniting the faith that overcomes the world. Her tastes tend toward vintage and she's a Germanophile, having spent a year in Bremen and Nuremberg. Emily loves the scriptures and writes with fierce compassion and a deep desire to see people freed from the miry clay of this world and walking in the truth.
Previous Derailed on the Way to Heaven
Next Remembering Fallen Vets and Police Officers