Breaking News
Home / Faith / Derailed on the Way to Heaven 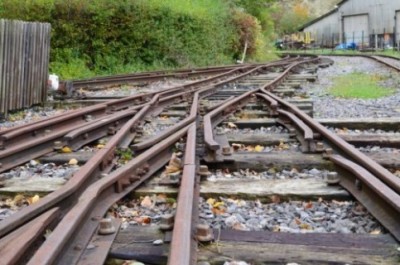 Derailed on the Way to Heaven

Recently, an Amtrak train derailed in Philadelphia leaving eight people dead and over two hundred transported to the hospital. Still uncertain of the specific root cause behind the speed of the train, investigators are trying to identify and pinpoint a potential connection to the engineer, Brandon Bostian who is currently unable to recall circumstances leading up to the event. No matter the outcome of the investigation, there is still collateral damage to recover from.

In life we are inclined to narrow our focus onto one set of tracks, but what if we are headed in the wrong direction? What if we switched from the original route we were on all because we were afraid of what others might think, or we listened to the opinions of those around us instead? What if God purposefully and willingly derailed us just to get us traveling back onto the road to heaven?

After forty years, when the Israelites were prepared to cash in on God’s promises, they sent spies out amongst the land of milk and honey and in doing so, seeds of doubt and unbelief began to sprout.

“But the people who live there are powerful, and the cities are fortified and very large… The land we explored devours those living in it. All the people we saw there are of great size. We saw the Nephilim there (the descendants of Anak come from the Nephilim). We seemed like grasshoppers in our own eyes, and we looked the same to them.”(Numbers 13:28, 32)

God had already made a promise to his people to deliver them into the promise land, yet the Israelites’ trust in God was dwindling and they were beginning to throw another pity party. Thoughts of unfulfilled promises were switched into extreme exaggerated presumptions leaving them to fear the obstacle in their path instead of fearing the one who placed the object.

Knowing that the Israelites would have to face opposition, God chose to derail their course with intentions to grown and strengthen their faith and draw them nearer to Him.

The same applies in our own lives. We may be trucking down the road believing we have faith and no fear until our car jumps the tracks and we are staring straight into the opposition.

Until our faith becomes greater than the fear, God will constantly be moving us back onto the path that leads us to Him.

However, when we remember his promises, reflect upon what he has done for us, pray in faith, be careful who we take advice from, and know who is with us, then we have nothing to fear. (Folkerts)

What fears keep you on the wrong track? How has God taken you off your tracks to bring you back to Him?

is an author and editor for The Bottom Line Ministries as well as a member of Faith Writers. Currently she teaches high school language arts. She is a mom to four amazing blessings and enjoys every moment life has to offer. Renee has a fervor and drive to learn, she loves to read and spend time with her family, and is involved with her local church ministries. Humbled by God’s gift of words, she has a passion to write what the Holy Spirit has placed in her heart. She hopes to publish her in-progress book someday, but in the meantime, is honored to be placed as part of the TBL writing family and is holding on to the ride wherever God is leading. Renee and her family reside in their country home in Holland, Iowa.
Previous Meatless Madness or Healthy Habit?
Next If You Won’t Obey Good Authority, You’ll Have to Submit to Bad