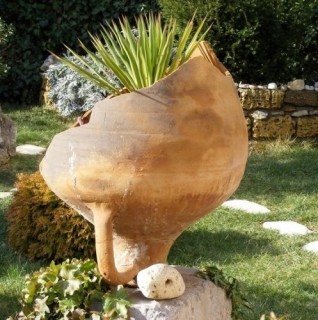 In my thoughts, I had made the word imperfect synonymous with worthless, unusable, and to be discarded. And, unfortunately in this case, what I focused my thoughts on began to guide my behaviors. My self-worth suffered greatly and negatively affected my relationships. But did you know that God’s thoughts about “imperfect” are pretty much the exact opposite of what I had come to believe? He tells me “imperfection” equates to worthwhile, usable, and definitely valuable… “ keeper” material!  I know it is hard to believe; but, it is true. Let me give you an example.

A very prominent group called Women of Faith has hosted yearly and sometimes bi-yearly conferences for women throughout the United States. I have attended many times and one particular time it dawned on me that there was a common thread running between the speakers…each had experienced some type of significant imperfection in her life. Some had had mental breakdowns and deep depression. Others had suffered severe anxiety attacks that lasted years. Some had been involved in a divorce or an abortion. Some were beaten by unkind husbands or grieved way too long for a still born child. I was shocked to realize that these national speakers were not only considered worthwhile and usable, but God definitely considered them “keepers”, valuable tools for His glory.  Otherwise, why would thousands of ladies pay the price and travel long distances to hear the stories of these speakers? Why would they connect with the defeats and victories of these imperfect speakers and receive hope for their own lives? Why would these attendees accept Jesus into their lives if they didn’t realize that God still considered them to be valuable?

That particular day I realized there was hope for me. God could use me and my imperfect life. I was still of value to Him.  I yet marvel at the fact that He is a God who is for – not against – me and you. He doesn’t discard the imperfect.  He looks for the opportunity to woo us to Himself for restoration. He heals our brokenness with His love and mercy then sets us back on our feet to help another in a similar situation.  A mistake or failure is not a death sentence with God.  Imperfection becomes training opportunities for the humble. The Bible says in Romans 8:28 that God works all things in our lives together for a good outcome.

So if you mourn over imperfection in your life or know you have participated in something you deem “unforgivable”, don’t despair. Our mighty God takes our imperfect lives and makes them right. He uses our mistakes and failures to glorify Himself and to encourage others along their imperfect way.  Isn’t He awesome!

I just love walking outdoors - day or night. I identify most with the creative side of God and am energized by His artistry all around this world. He amazes me every time I turn around! Yeah, God and thank you, Jesus.
Previous Part II Serving to Serve or Be Noticed?
Next “Monumental” Movie Review