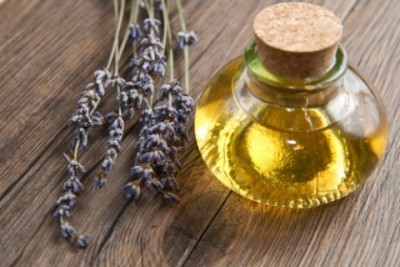 Part II Serving to Serve or Be Noticed?

“After she had said this, she went back and called her sister Mary aside ’The teacher is here,’ she said, ‘and is asking for you.’ When Mary heard this, she got up quickly and went to him. (John 11:28-29)

Manipulation is defined as a way to control or influence a person or situation in a clever, unfair or unscrupulously manner; to alter or present information as to mislead. It’s a word my husband hates and one that I try to avoid and for the most part I do.

Yet, I have to admit that at times I have been guilty of this very word.

As newlyweds and recent college grads with full time jobs, I remember finally being able to go shopping for a car that would get me from point A to point B without causing me a mental or financial breakdown.

We had been to several places and had prices thrown at us left and right. Finally, we had narrowed it down to two vehicles: one that was clean, newer, and fairly comfortable but mostly within our budget. The second vehicle was clean, a floor model with leather seats, and sort of in our budget.

With a few twists and turns, I knew we could make it work….ok we could make it work the way I wanted it to, so I encouraged my husband that we should purchase the latter one doing my best to justify the fact that it was the nicer of the two, it had fewer miles, and it would be a great family car all the while I was reasoning with my husband to lead him in the direction of purchasing a vehicle that would test our financial waters just a bit.

Although the vehicle was great and lasted a long time, it was the process that I took to get my husband onto my side to see things my way. That’s the part that was not so good. Manipulation. That’s exactly what I was doing.

Martha too played the manipulation game with her sister Mary. Here are two girls who have grown up with each other, know each other’s ins and outs, and have one common ground; Jesus. Yet that commonality has one significant difference.

In John 11:20-44 Mary and Martha have a brother Lazarus who fell fatally ill when Jesus was not around. Before he died, the girls tried to send word to Jesus to seek his help in the manner, yet he did not come back immediately when called. Instead, he took his time, and when he finally arrives, Martha, I believe, sprinted out to get an answer to her burning question while Mary stayed at home.

“Jesus. Where have you been!? You knew my brother was sick yet you didn’t show up when we needed you most and now he is dead!!” Jesus does his best to comfort her, but his reaction is bland sympathy and not quite what Martha was expecting. Maybe she wanted Jesus to perform a miracle right then and there or maybe she wanted to grill him for not arriving in time to save her brother. Whatever she was thinking is irrelevant because it’s what she does next that matters. “Hey Mary. Jesus said that he needed to talk to you.” Quickly Mary got up and headed out the door to talk to Jesus. Did you see that!! Did you see what Martha just did? Let me replay it one more time. “Mary, Jesus wants to speak with you about Lazarus.” Manipulation! Where exactly does Jesus call say he needs to talk to Mary? He doesn’t.

Because Martha did not get the reaction out of Jesus that she wanted, she tricks her sister to go and talk to Jesus since Martha knows that Jesus has a different relationship with Martha than he does Mary.

You see when Mary goes to speak with Jesus she asks Him the exact same question that Martha had just asked, yet the scene runs a little differently than it did with Martha.

Falling at his feet, Mary cries out.

“Jesus, why did you not come earlier when we needed your help? My brother is dead because you were not here and if you had been here, he would still be alive with us now. “ Looking back at Mary and the others who surrounded her, Jesus began to feel the pain she was experiencing.

“Come with me and we will show you.” Jesus could no longer contain his sorrow to see Mary grieve the loss of her brother and so “Jesus wept.” Two of Jesus’s most famous words come as a result from Mary’s simple question and broken heart. You see, Jesus saw Martha’s heart and how she chose to manipulate the situation to try and benefit herself, but when Mary asks the exact same question progress is made because Mary humbles herself before Jesus because she knows that only He has the power to bring her brother back to life.

I have one question for you to think about before I share with you one more glimpse into Mary’s heart. Is your heart broken for yourself or is it broken for Him? Jesus weeps when you hurt but only when your heart is beating inline with his. That’s how Mary was.

John 12:1-8 reflects how deep of a relationship that Mary had with Jesus. While eating dinner with her sister, her brother Lazarus (whom Jesus just brought back from the dead), and Judas (Jesus’s betrayer), “… Mary took about a pint of pure nard, an expensive perfume; she poured it on Jesus’ feet and wiped his feet with her hair. And the house was filled with the fragrance of the perfume.”

Mary chose to give up something of value in exchange for something eternal. She could have chosen to serve him alongside her sister, but she spent time at his feet humbling herself instead of trying to manipulate the situation for herself. I mean, can you just feel the amount of grit that must have gone into her hair? But, she doesn’t care because she get’s it.

It’s not about the service; it’s about the desire of the heart. She gave up her most prized possession and wholly gave it to Jesus. Are we ready to give it all up if he asks us to do so, or will we be like Martha with intentions to serve, but manipulates the situation for a selfish response? Of the two, I believe that Mary chose the better.

is an author and editor for The Bottom Line Ministries as well as a member of Faith Writers. Currently she teaches high school language arts. She is a mom to four amazing blessings and enjoys every moment life has to offer. Renee has a fervor and drive to learn, she loves to read and spend time with her family, and is involved with her local church ministries. Humbled by God’s gift of words, she has a passion to write what the Holy Spirit has placed in her heart. She hopes to publish her in-progress book someday, but in the meantime, is honored to be placed as part of the TBL writing family and is holding on to the ride wherever God is leading. Renee and her family reside in their country home in Holland, Iowa.
Previous The Superhero Cat: Tara
Next Imperfection Versus Value