Breaking News
Home / Faith / In The Beginning Was The Word 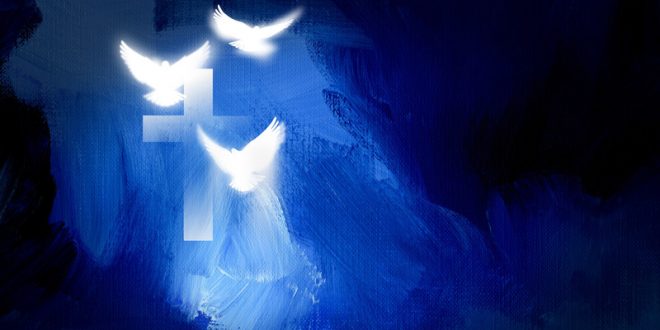 In The Beginning Was The Word

I’ve been doing an in depth study of the Gospel of John and thought I would share some insights I’ve gained from that study. The first verse of chapter 1 has always fascinated me, I’ve meditated over it for hours and I always find more to learn.

What John means when he says “In the beginning was the Word” is that when the world began the Word already was in existance, it was eternally preexistent, meaning there was never a time when the Word did not exist, it is eternal, not bound by the limits of time and space, since the Word created everything it had to exist before anything.

John MacArthur comments in his book “The Deity of Christ” that the first part of the verse, “In the beginning was…” “was” is in Greek “eimi” and it describes continuous action in the past, further reinforcing the eternal preexistence of the Word. The Greek stresses that the Word always existed, there was never a point when it came into being. In other words the Word is not a created being, it is God.

But what does “Word” mean? In Greek it is Logos, meaning reason, thought or idea. It is a Greek philosophical concept of an impersonal eternal principle of wisdom governing creation. In Greek philosophy the Logos is an impersonal cosmic force of reason which gives order and intelligibility to the world, it regulates all physical processes and is the source of all human law. But it is completely impersonal, it does not interact with people.

It was also recognized by Jews as the wisdom of God. Often in the OT there is the phrase “And the Word of God came to…”

So John was using the word Logos to develop a Christian understanding of the concept. This Christian understanding of the Logos is a personal one, it is not just an impersonal active force that sustains creation, but rather it is a person that not only creates and sustains the universe, but also interacts with that creation. When we say we have a personal relationship with Jesus Christ (who is the Word), we are saying that we interact on a relational level with the Creator of the universe.

How can the Word be with God and be God at the same time? It can only be if there is more than one person of God.

“Wait a minute, are you saying there are three Gods?” You might be asking. No, of course not. The Bible is clear that there is only one God.

Isaiah 43:10-11  “You are my witnesses,” declares the Lord, “and my servant whom I have chosen, that you may know and believe me and understand that I am he. Before me no god was formed, nor shall there be any after me.  I, I am the Lord and besides me there is no savior.”

What I mean is that there is one “what” (God) and three “who’s” (Father, Son and Holy Spirit). There is the being of God and there are the persons of God.

We must look at it this way, someone is both a being and a person, or in other words there is the body and the identity. God is one being and three persons.

The Bible clearly identifies that there is only one God, but it refers to three different persons as God, so we are forced to conclude that there is three persons in the one being that is God.

For instance, the Holy Spirit can be lied to, you can only lie to a person and He is identified as God.

Acts 5:3-4 But Peter said, “Ananias, why has Satan filled your heart to lie to the Holy Spirit and to keep back for yourself part of the proceeds of the land?  While it remained unsold, did it not remain your own? And after it was sold, was it not at your disposal? Why is it that you have contrived this deed in your heart? You have not lied to man but to God.”

The Father is identified as God.

2 Corinthians 1:3 “Blessed be the God and Father of our Lord Jesus Christ, the Father of mercies and God of all comfort.”

And Jesus is identified as God.

“That does not make sense.” You may say, how can God be one yet three? Well, I don’t know, nobody does. It is a mystery we cannot fully understand. All of the attributes of God are infinite and eternal and we simply lack the capacity to fathom the depths of God.

So if we can’t understand the Trinity, how do we know God is a Trinity? Because the Bible is the revelation of God to us and it says so. God reveled to us all He wanted to and all we needed in order to know Him and His commandments.

What is your relationship like with the Father, Son and Holy Spirit?

Does the Trinity make you think about how to develop a deeper relationship with each member?

Jonathan Kotyk is a student, self taught philosopher, recovering addict and born again Christian. He has spent time on both the far Left and Far Right side of the political spectrum and lives in Canada.
Previous My Dad’s Big And Strong Hands
Next Can We Blame It on the Weather?