Breaking News
Home / Faith / Is Satan Real? If So, What Is His Purpose? 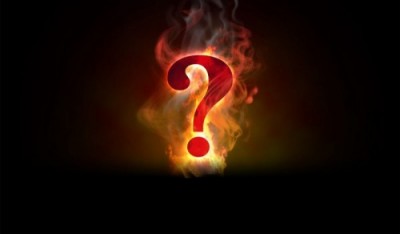 Is Satan Real? If So, What Is His Purpose?

“And the LORD said unto Satan, Whence comest thou? Then Satan answered the LORD, and said, From going to and fro in the earth, and from walking up and down in it.” ~ Job 1:7

Today I want to remind you of one really important fact. Just because I don’t believe in something does not mean that it doesn’t exist. I may believe it won’t rain today, but that doesn’t mean we won’t have rain. I may believe that a neighbor is harmless when in actuality they are a convicted sexual offender. I may believe that someone is my friend who really has been stabbing me in the back for years. Perception does not alter reality. And the same is true in the spiritual realm. The negative things mentioned above are just as real as the positive ones whether we choose to believe them or not. The Devil, the demons, hell, impending judgement–all real. Regardless of people’s perceptions.

Hopefully, we understand that point. If we do, we may start to wonder about the devil. Where did he come from? How did he become the devil? What is his purpose? What will happen to him?

Question number one is simple. God created the devil. Initially he was one of God’s angels. In Ezekiel 28, we get a look at Satan through God’s eyes. Verse 15 explains,

“Thou wast perfect in thy ways from the day that thou wast created, till iniquity was found in thee.”

Satan was a beautiful, perfect angel. What happened? He became prideful. He thought that he, the creation, could become superior to God the Creator. He became so enamored with his own beauty and his own intelligence that he stopped worshiping God. Ezekiel 28:17 says,

“Thine heart was lifted up because of thy beauty, thou hast corrupted thy wisdom by reason of thy brightness: I will cast thee to the ground, I will lay thee before kings, that they may behold thee.”

When Satan’s pride took over, God had no choice but to cast him from heaven. What happened next? Satan took his hatred of God to a new level and started attacking God’s creation. He tempted Adam and Eve, initiating the fall of man. He wandered the world causing God’s children to turn from their creator and commit idolatry. He determined that taking God’s creation to hell with him would be the best way to exact revenge upon God. It’s still his mission today. Peter warns Christians in I Peter 5:8, to

“Be sober, be vigilant; because your adversary the devil, as a roaring lion, walketh about, seeking whom he may devour … “.

Not a good image! But certainly one worth remembering. Denying the existence of the devil won’t change things. He still exists, and he still wants to destroy each of us. Lack of perception doesn’t alter the reality of this fact!

What other things do you know about the devil? Why is it important to remember that he exists?

Heidi Lynn has a passion for women's ministry and can be found writing at Chronicles of a New Creation. Heidi believes that as Christian women, we were created to serve our families, our churches, and our communities. With this calling in mind, she writes and speaks about organization in homes, families, and spiritual lives.
Previous God Gave You the Supplies for Success
Next Our Hope: Living Out Our Faith