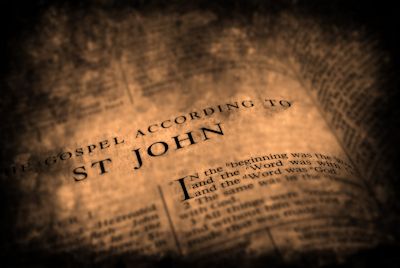 John 3:17 For God sent not his Son into the world to condemn the world; but that the world through him might be saved.

People are always mentioning John 3:16, and rightfully so. It is a powerful scripture that tells us straightforward about God’s love and His desire to give us everlasting life. However, people often do not stop to consider the verse that follows. Yes, I’m talking about John 3:17, which also makes a powerful statement, stating that when God sent His Son, He did it without any interest in condemning anybody, but rather so that mankind could be saved.

Now picture this my friends. In John 8, Jesus is teaching at the temple and the scribes and Pharisees bring a woman to Him that was just caught committing adultery. These men are ready to stone her. They also had ulterior motives. They assumed Jesus would break the law of Moses which demanded this woman be put to death. However, Christ knew their thoughts and their deception. He wrote something on the ground. We don’t know what He wrote, but whatever it was, it spoke to the consciences of the accusers. One by one they scurried away, from the eldest to the youngest. The only one left with Jesus was the woman who had been accused. Wow!

Now lets get to the heart of it. Jesus asks the woman where are her accusers. Of course their plan had been foiled and they were nowhere to be found. Well, Jesus said that if there are no accusers to condemn her, then neither did He condemn her. Wow again!

To bring it all home, Jesus gives one final message to the woman, who had to have been terrified. He said, “Go, and sin no more.” Wow, wow, wow! This woman had just committed a crime considered to be worthy of death by stoning, and Christ’s answer to her was simply to sin no more.

Friends, this is exactly what Christ does for us. He’s not looking to condemn you. He loves you and wants you to be a part of His eternal kingdom. When you sin, of course he wants you to repent. But He also wants to forget what you’ve done and have you move forward with your life.

1 Thes 5:9-10 For God hath not appointed us to wrath, but to obtain salvation by our Lord Jesus Christ, Who died for us, that, whether we wake or sleep, we should live together with him.

In closing, I just want to say that there needs to be an urgency to accepting the special gift of salvation that Christ offers us. If you would like to make a eternal life changing commitment to the Lord, then please I urge you to do it now. You may not get another chance. If you need help with this decision we can assist you if you visit our Romans Road to Salvation page. God bless.

Joel M. Bauer is a 45-year-old U.S. Army Veteran from Dunn, NC, which is just outside of Raleigh. After being honorably discharged from the U.S. Army, he attended school at Taylor University, a Christian liberal arts school, in Fort Wayne, IN, where he received his BS in social work and psychology. He has worked in such places as a homeless shelter, a community based treatment center for severe mental illnesses, a school for troubled students, and other social service agencies. His current endeavor is to build The Bottom Line website into a site that inspires both Christians and non-Christians alike, and brings glory to God.
Previous Prioritizing the Strongholds On Our Life
Next Whose Report Will You Believe?